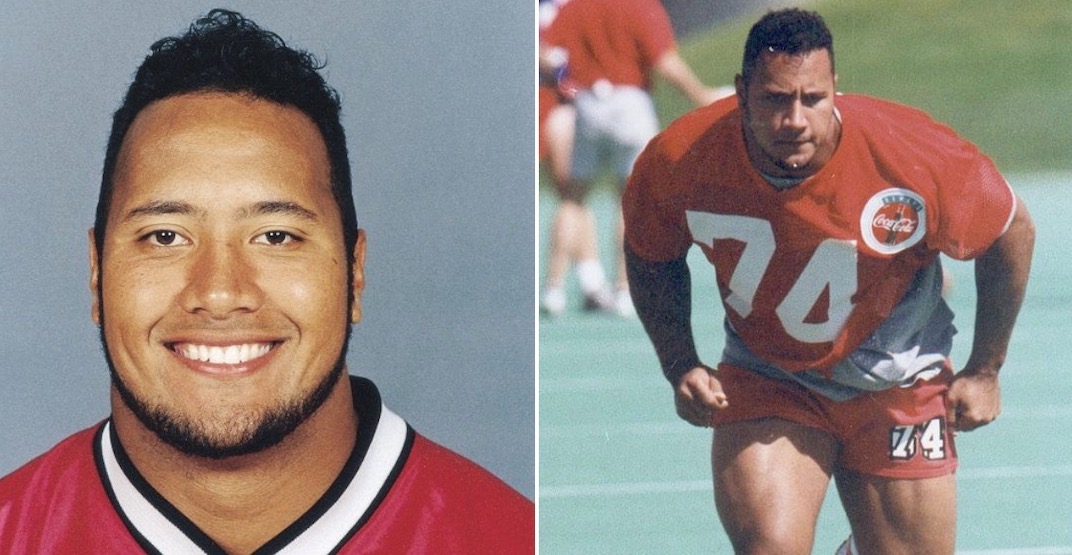 It’s no secret that Dwayne ‘The Rock’ Johnson is a fan of Canada, and it’s not just because the wrestler-turned-actor has shot several films here.

The former WWE star has shared several stories over the years about living in Calgary before he made it big.

The Rock briefly played in the CFL for the Stampeders before getting cut from the team, something the A-lister has been known to reminisce over.

“One thing that a lot of people don’t know that I want to share with you guys is that when I was 22 years old, I came to this city for the first time. I was playing in the Canadian Football League, playing my first pro football game. I was playing for the Calgary Stampeders, we were playing the BC Lions,” he said in a video posted to Instagram in 2017.

Over the weekend his former team gave him a throwback birthday shoutout tweet, and no surprise, Johnson responded by acknowledging his challenging time in Calgary and what it meant to him.

I may have been broke with a shit haircut, but at least I didn’t skip leg day 😂💪🏾
Thanks for the love, Stamps.
Forever grateful for the those tough times. https://t.co/Z0lANZJWgy

Cleary, The Rock will always have a place in his heart for YYC.