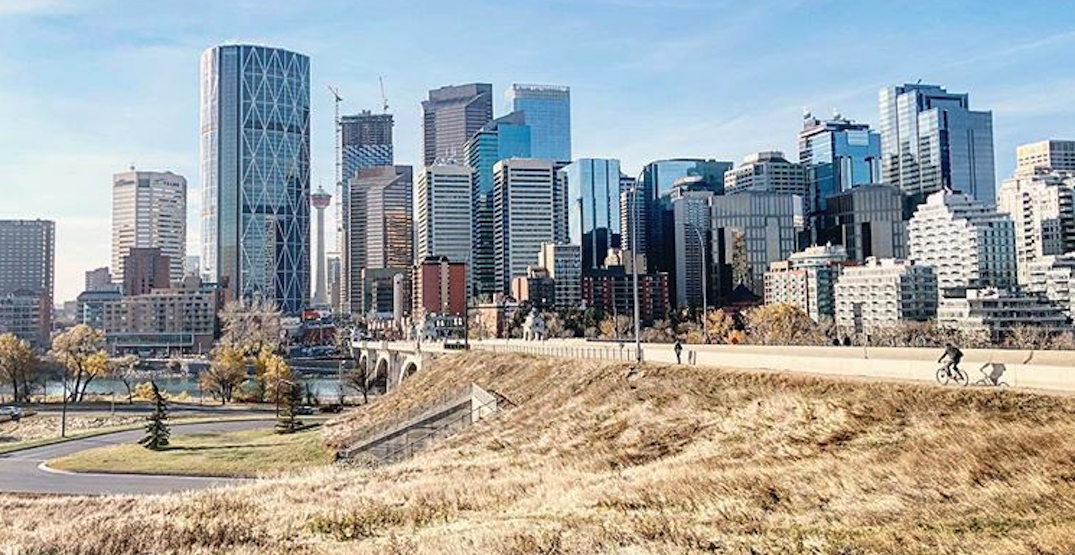 We know, we know… snow isn’t everybody’s best friend — especially here in Calgary, when it seems like the white stuff sticks around until the first days of freaking summer, for crying out loud.

But it isn’t hard to argue that a bit of the white stuff adds a little something to the holiday magic as we head further into December, and the 25th just wouldn’t be quite the same if it wasn’t a true white Christmas.

…which may just be Calgary’s fate, if The Weather Network is to be believed.

For anyone who just glanced outside their window and saw that the snow on their front yard does, in fact, still exist — we are taking that into account here, don’t you worry.

That covering of snow is at risk of disappearing over the next week, as the upcoming forecast pegs the daily high to be around 2 to 6°C, and though it is expected to get much colder the following week, there’s not much of a chance for more snow over the next seven days. 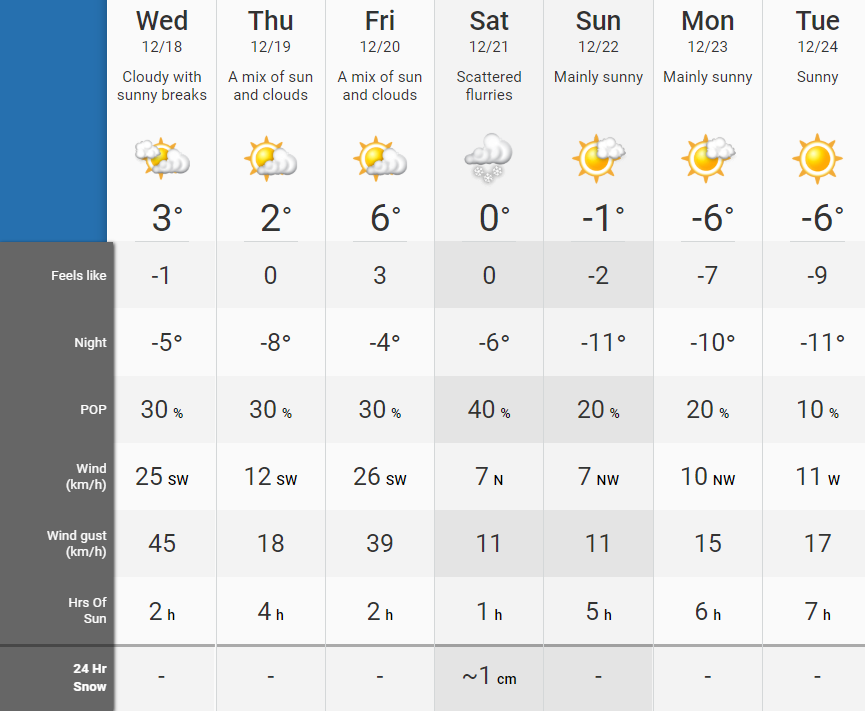 We may see a little bit of snow in the coming week (which could be just enough to keep the ground that festive white until Christmas), as a few flurries can be expected on Saturday, and a 10% to 20% of precipitation can be seen in the days that follow. 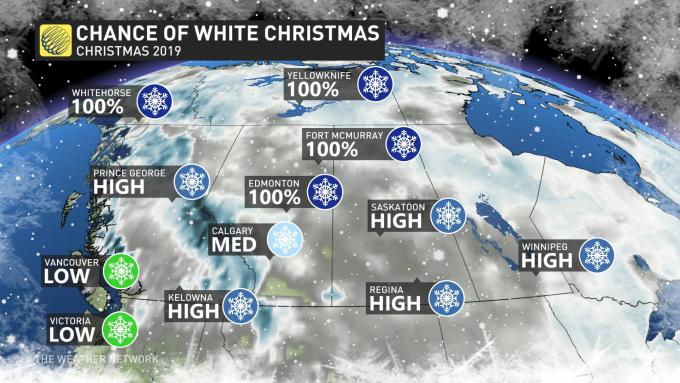 Christmas day is forecast to be a sunny day with a seasonally-appropriate high of -6°C and a chilly (though not biting) low of -11°C.

Whether or not a Christmastime stroll through the neighbourhood will be accompanied by a snowball fight remains to be seen, but perhaps old Saint Nick has a little something up his sleeves for YYC.