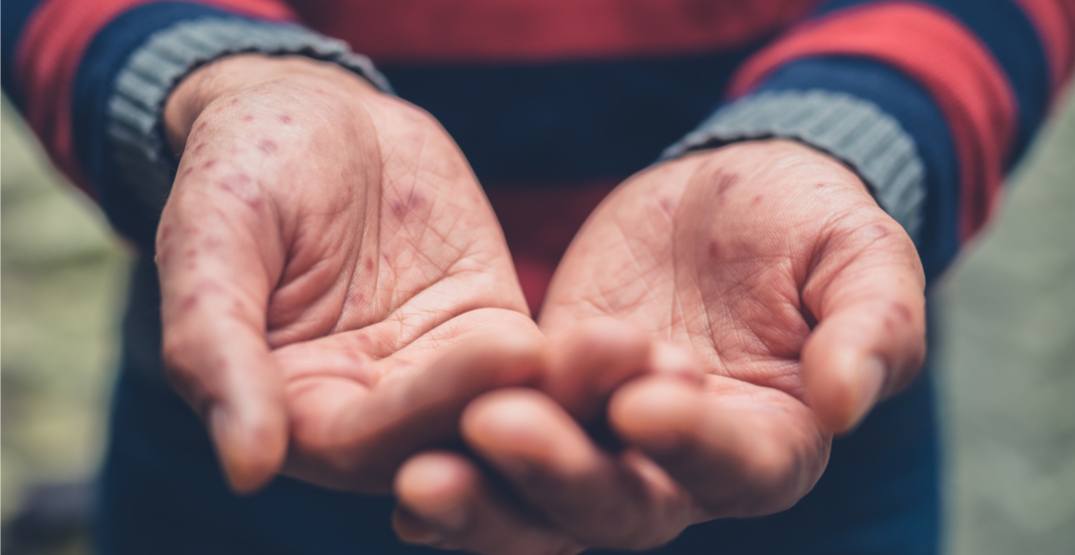 Alberta saw its first case of measles after an infected individual flew to Edmonton from the Vancouver International Airport, and now, just two weeks later, AHS has confirmed yet another case in an individual that has visited multiple locations throughout Cochrane and Calgary.

Alberta Health Services issued its first official public alert on Sunday, February 24, releasing a list of locations where exposure may have occurred in Edmonton.

On Thursday, March 12 they released another alert detailing locations in Calgary and Cochrane where the virus may have been picked up.

AHS has one confirmed case of measles in the Calgary Zone. For more information on the dates and locations of possible exposure click here; https://t.co/YXHZZzqBVa.

Here’s the full list of locations and exposure time period for Cochrane and Calgary:

According to the release, anyone who attended any of the above locations during the stated exposure time periods is at risk of developing measles if they were born after 1970 and have not received two doses of the measles vaccine or already had the virus.

Measles is spread through the air, making it extremely contagious, and infected people can go up to 21 days before showing any symptoms that they have contracted the virus.

Symptoms of the measles include:

Alberta Health Servies states that there is no treatment for measles, but that the virus can be prevented through a vaccination that is offered for free to all Albertans.

Those who may have been exposed on March 12 and have not received a measles vaccine are encouraged to receive an immunization at the Brentwood Mall AHS clinic as there is still time to prevent the virus.

Those who may have been exposed prior to that are no longer eligible for the preventative vaccine, according to the release, and are encouraged to monitor themselves for signs of measles if they have not received their two doses of immunization as children.

Anyone who is unsure about whether or not they have been vaccinated against the virus is encouraged to call their local health officer or dial 811 for Health Link to discuss their options.