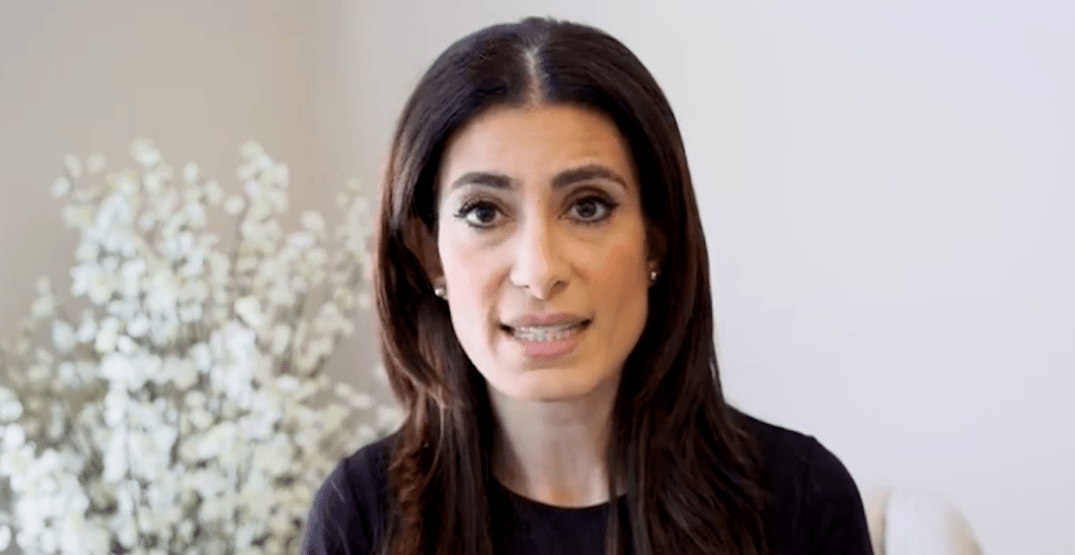 A UCP candidate has dropped out of the 2019 Alberta Provincial Election with just three weeks to go until ballots are cast.

Eva Kiryakos, the United Conservative Party candidate for the riding of Calgary – South East, announced in a Facebook post on Sunday that she was pulling herself from the race.

The post was accompanied by a video showing Kiryakos explaining why she had ended her candidacy, stating that she had been receiving threats from “someone outside of our party” that posts she had made in the past would be brought to light.

“I’ve had to wrestle with this for a while, but I decided I am going to speak up and communicate openly,” she wrote in the post.

“This video was filmed in my living room and yes, I am reading off a script, but these words are from my heart. Someone outside of our party has been threatening to smear me, and I have had enough of the bullies and the threats. This is who I am and I will keep speaking up — for myself and for Albertans. This video, done by me, will serve as my statement.”

The video shows Kiryakos speaking to a camera in her home, beginning with her stating that she had been scared of what would happen if photos of her past online activity were leaked.

“I have been getting threats from someone who wants to release images of things I’ve said or commented on in the past. At first, I was scared of this person, scared that my fellow candidates would be affected, scared that people would take my comments out of context, label me, or attack me on social media. Let’s be honest — politics can get really ugly sometimes,” she said in the video.

“Then I remembered why I am in Alberta and how I got here. My parents fled religious persecutions in Iraq where they were not free to live their faith or express their views. We came to Canada as refugees, I was born a refugee. Growing up in Saskatchewan I was taught as a little girl to speak up and practice my free speech because I could. And that is what I did in these examples.”

Kiryakos shows the online activity in the video, explaining that she retweeted an article titled “Germany’s (Muslim) Migrant Rape Crisis Spirals out of Control” with a photo of a sign reading “RAPEUGEES NOT WELCOME.”

She noted that, while the image on the article “isn’t positive,” she stood by retweeting it because “when women are being assaulted, I care. No matter the faiths or backgrounds of the people.”

She also showed a response she wrote during a Twitter discussion in which she disagreed with the Alberta Teachers’ Association trans-gender-inclusive guidelines, saying that “I should have the right for my child to choose not to be brainwashed into accepting perversions as ‘alternative lifestyles.'”

In defence of the tweet, she said that she was worried about her daughters’ safety in the schools’ washrooms, calling the transwomen who would potentially be using the facilities, “grown men.”

“The possibility of a grown man sharing a washroom with the little girl, to me, is a perversion,” she said in the video.

She also stated that her use of the term “alternative lifestyle” to describe transgendered people was due to the people she was talking to also using that term.

Kirykos ended the video by firmly stating that she would not give up her right to free speech or her ability to voice her opinions openly. She also called for an end to what she described to be a “culture of bullying people who have different opinions, backgrounds, faiths, cultures, genders, and identities.”

“Sure, I make comments, and voice my opinions on issues. You don’t have to agree with them — that’s the beauty of free speech and democracy,” she said.

“We teach our girls to stop being silent, to speak their mind, and yet I am here feeling silenced and cornered because I voiced my opinion and spoke up for what I believed in.”

Kiryakos isn’t the first UCP candidate to drop out of the race due to online activity, as Calgary – Mountain View’s Caylan Ford resigned shortly after Facebook messages were leaked in which Ford allegedly echoed sentiments held by white supremacists.