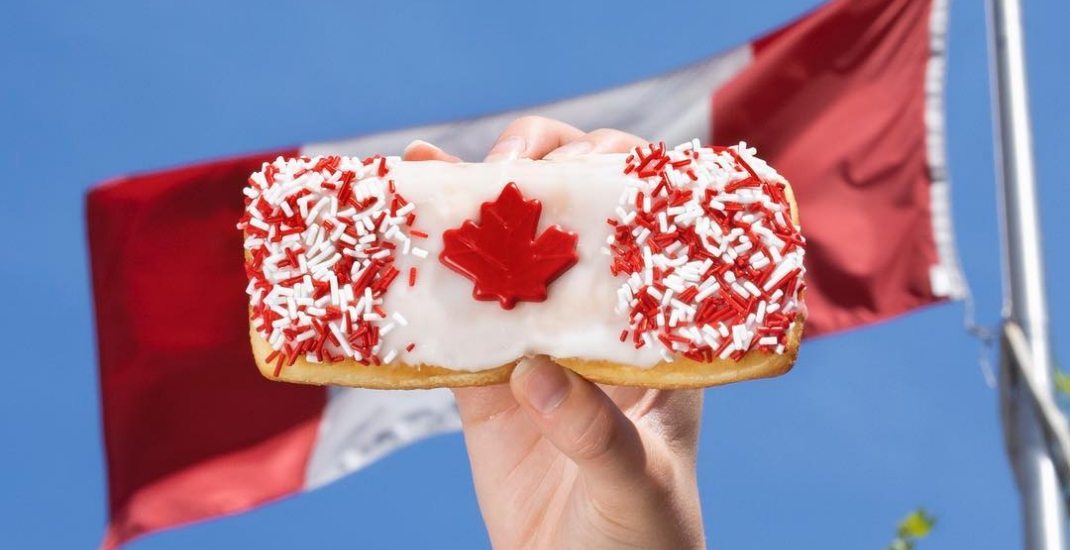 Just weeks after rolling out a disgraceful rendition of poutine on menus across the country, Tim Hortons is once again trying to appeal to Canadian patriotism with its latest limited edition offering.

The coffee chain has launched a Canada Day doughnut in advance of Canada’s 151st birthday. And, it actually looks pretty good.

Once known affectionally as just “Timmys,” the whole country has seemingly gone back to being on a full-name basis with the Ontario-born chain that is now owned by Restaurant Brands International.

The reputation of the brand has suffered immensely in recent years. Just this past April, Tim’s dropped from 4th place to 50th place on the 2018 Corporate Reputation Study conducted by Leger.

Reportedly, the company’s stance on minimum wage had a huge impact on its plummeting popularity. Mounting tensions over revitalization efforts at a cost to franchisees and customers complaints about declining quality (just look at our comments section) aren’t helping as the brand expands internationally with locations in Dubai, Madrid, and in the UK.

Despite the company’s current troubles, this Canada Day doughnut might just be worthwhile. Doughnuts are after all, where Tim Hortons excels.