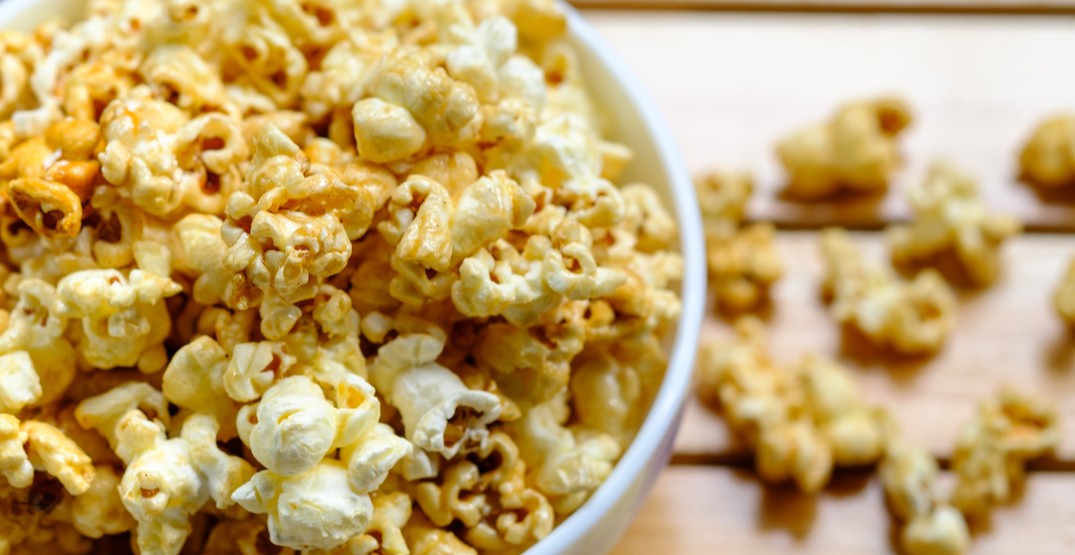 Whether you’re watching the Real Housewives or movie marathoning your weekend away, there’s no snack substitute for that oh-so-fresh fluffy and buttery theatre popcorn that’s been a movie and TV staple snack since the early 1920s.

Some of us have physically driven to the theatre and hit the concession counter sans ticket before heading straight back to the car to head home to enjoy a flick, but now Uber Eats is going to take care of that for you, leaving you with ample Netflix and chill time.

On June 28 Cineplex announced it would be offering delivery to customers through Uber Eats for their famous popcorn and other popular concession items and combos. Snacks in include popcorn, candy, soft drinks, hot dogs, and nachos to name a few.

This new service will be offered through 60 Cineplex theatres in four provinces: BC,  Alberta, Ontario, and Quebec.

“Cineplex has a long history of investing in innovation and today we are extending that approach beyond the walls of our theatres and into our guests’ living rooms,” said Ellis Jacob, President and CEO, Cineplex. “Following a very successful pilot program in eastern and southern Ontario earlier in the year, we are so pleased to officially expand our partnership with Uber Eats to bring a special part of the movie-going experience into Canadian homes.”

To celebrate their newly-launch national service, Cineplex is offering residents in BC, Alberta, and Ontario a free Cineplex Store HD movie rental with all Uber Eats orders from June 29 to July 2, 2018.