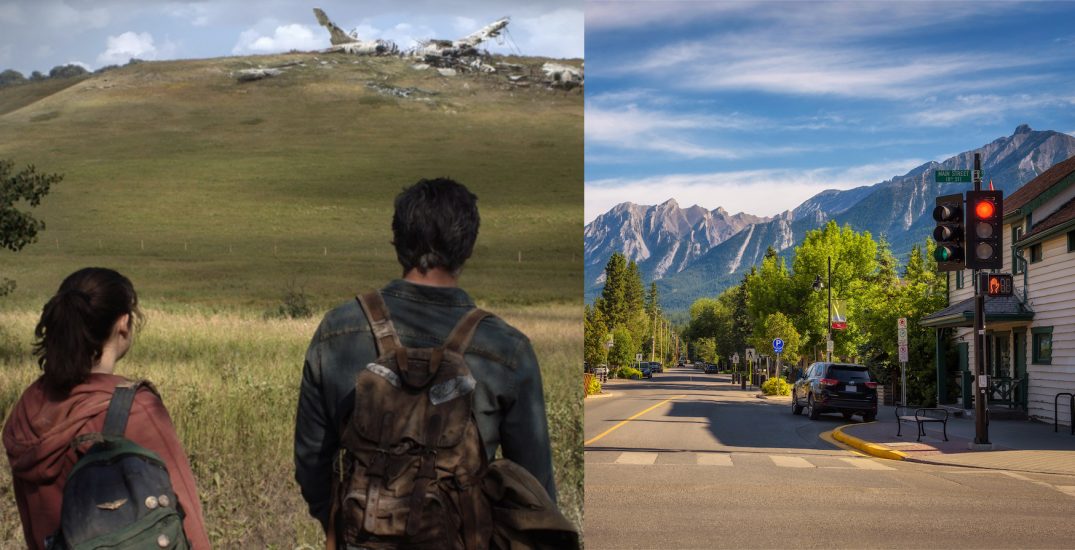 Upcoming HBO series The Last of Us has been spotted filming in various locations around Alberta over the past few months, and now the production will be turning a picturesque mountain town into a post-apocalyptic wasteland for the show.

Through October, the show was seen filming in Calgary’s Beltline neighbourhood and in and around the 4th Avenue flyover and Memorial Drive near downtown YYC. Production was also spotted in Edmonton, at places such as the Legislature Building.

Next, filming is set to take place in Canmore, Alberta, for several weeks throughout the month of November.

According to the Town of Canmore’s website, residents can expect to see “aesthetic changes and road closures” around the downtown area that will “temporarily transform select areas of downtown Canmore into Jackson, Wyoming.”

The show follows Joel, a smuggler tasked with escorting teenager Ellie across the post-apocalyptic United States. What starts as a small job becomes a difficult journey, as the pair travels across the US and must depend on each other for survival.

According to ACTRA Alberta, filming of the project began in July 2021 and is set to wrap in June 2022. The show is slated to be released on HBO and HBOMax sometime in 2022. Canadian viewers can subscribe to the HBO package through Crave.

The Town’s website says that preparations for the production will occur from November 1 to 16, with the 600 to 800 blocks of Main Street closed to vehicles from November 15 to 20, reopening on November 21.

It’s important to note that Main Street businesses will remain open during this time, and The Last of Us ambassadors will be onsite to guide people to their destination, so you can continue shopping local.

And wannabe movie stars can potentially even be in the production. The Town of Canmore says that those interested in appearing as extras in The Last of Us can apply now by sending a headshot along with their height, weight, and contact details to [email protected].