The Calgary Police Service is attempting to locate a man believed to be responsible for a sexual assault alleged to have taken place earlier this month.

A release from CPS states that a man approached a 17-year-old girl while she was stocking a high shelf at a business in Fairview at around 2 pm on July 20.

The man allegedly touched her sexually without consent while she was doing so, winked at her, and then fled the scene, the release states.

A composite sketch of the suspect was created with the help of the girl, and he is described in the release as “Caucasian, in his early- to mid-60s, 5’7″ tall with a medium build, grey moustache, and bushy grey eyebrows. He was wearing a grey, checkered pageboy/newsboy flat cap, a black T-shirt with a pocket, black cargo shorts and black Nike shoes with a red swoosh.” 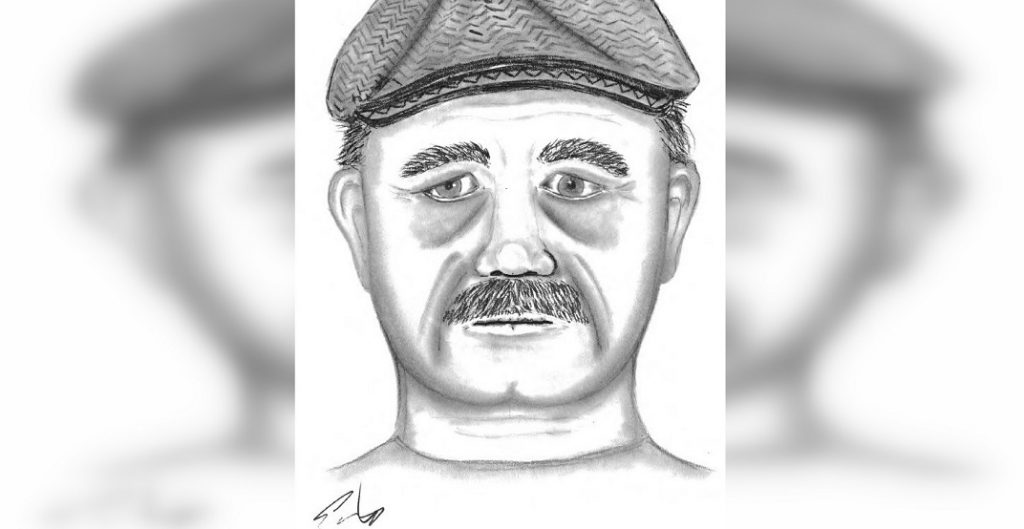 Anyone with information about the suspect or the incident is asked to contact the Calgary Police Service at their non-emergency number of 403-266-1234.