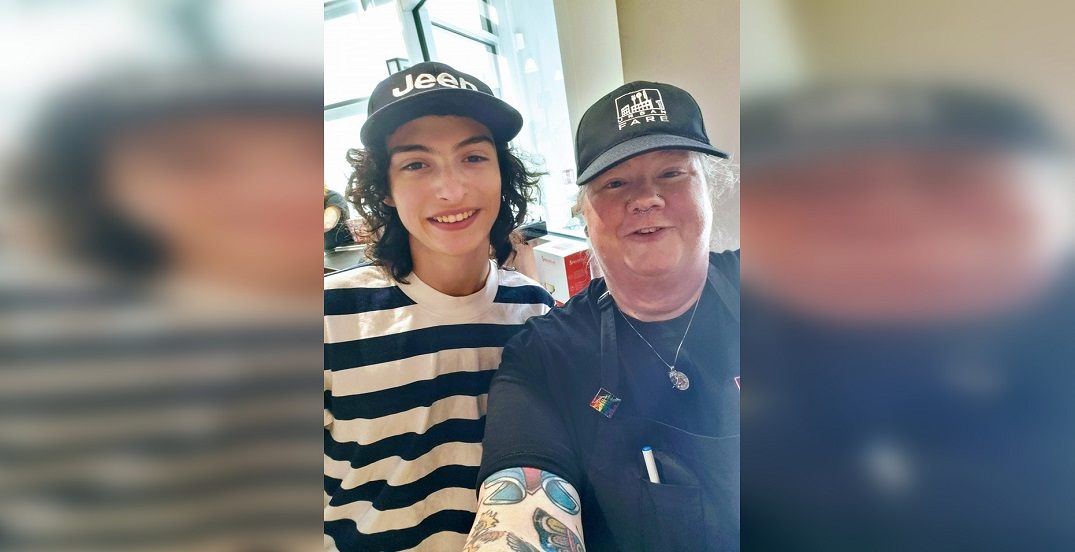 Another celebrity has been spotted in Calgary.

On the same day that Paul Rudd was seen at Hudsons Pub, Stranger Things’ Finn Wolfhard was seen getting a quick shop in over at Urban Fare.

Urban Fare employee Heather Valckx was lucky enough to snap a pic with the young star, posting the photo to Facebook with the caption “Fangirl moment for me! Got to help and meet Finn Wolfhard today at work!”

Both Wolfhard and Rudd are in town filming the new Ghostbusters movie, which is expected to land in theatres sometime in the summer of 2020.

Wolfhard had also been spotted in a photo shared by the film’s director, Jason Reitman, on his Twitter account earlier this summer.