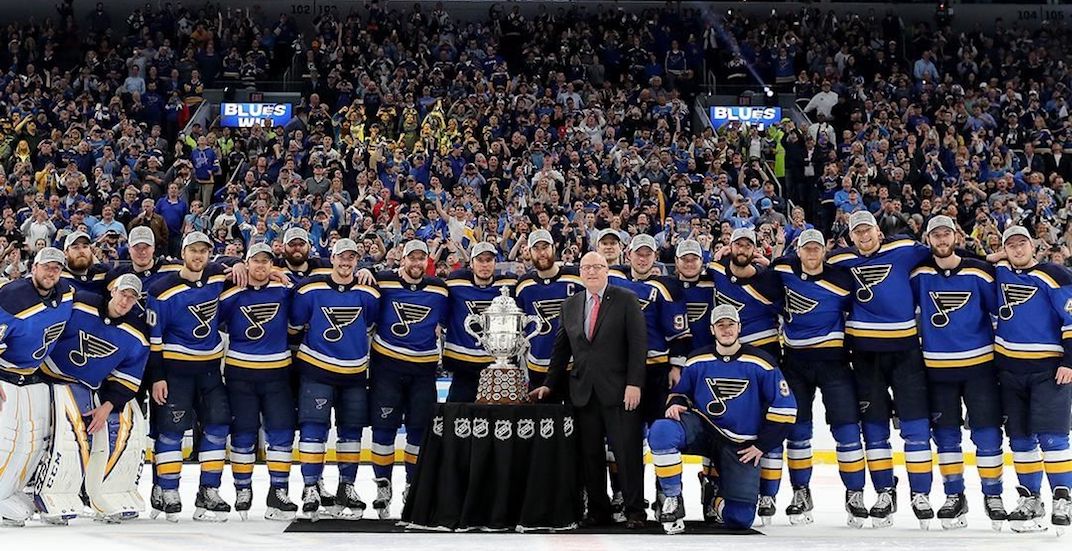 For the first time since 1970, the St Louis Blues are going to the Stanley Cup Final.

They won’t have to face Bobby Orr this time around, but once again, they’ll be playing the Boston Bruins.

Last time the Bruins and Blues played in the Stanley Cup Final: 1970

The Blues punched their ticket to the Cup Final after a 5-1 win in Game 6 against the San Jose Sharks. It’s a rags to riches story in St Louis, as they were sitting in dead-last place in the standings in early January.

Much of the credit goes to rookie goaltender Jordan Binnington, whose NHL arrival coincided with the terrific turnaround. But it hasn’t been only because of him. Jaden Schwartz leads the Blues with 12 goals in the playoffs – more than he had during the regular season.

Other top scorers for the Blues include offseason acquisitions Ryan O’Reilly (14 points) and David Perron (13), as well as Vladimir Tarasenko (13) and captain Alex Pietrangelo (13).

Boston’s appearance in the Cup Final is much less surprising. The Bruins tied for the second-most points during the regular season and are coming off a series-sweep of the Carolina Hurricanes.

As good as Binnington has been for the Blues, Tuukka Rask has been even better for the Bruins, posting a .942 save percentage in the playoffs so far.

The Bruins are headlined by their dominant top line of Patrice Bergeron, Brad Marchand, and David Pastrnak. Marchand leads Boston in scoring with 18 points in 17 playoff games.

Zdeno Chara doesn’t score much anymore, but he’s still a key contributor for the Bruins, averaging 22:32 of ice time per game. This could be his last chance to win another Stanley Cup at age 42.

Both teams should be well rested for the Final, which begins in six days in Boston. All games will be televised on CBC and Sportsnet in Canada.