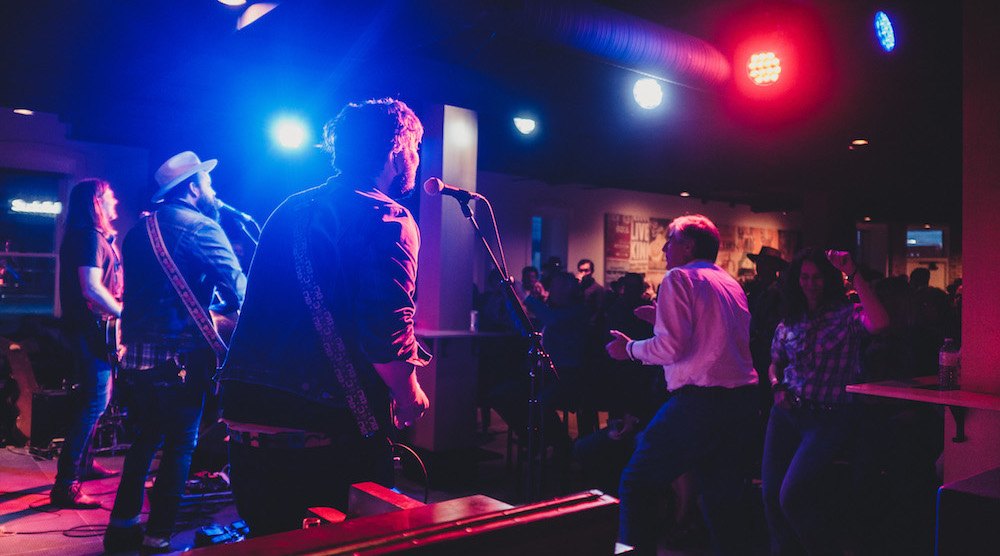 The Stampede’s Indian Village is one of the annual event’s oldest and most respected traditions as it recreates the life of the aboriginal communities that were once in the area. The entire exhibition of teepees is set-up by the Tribes of Treaty 7. The Indian Village is located at Enmax Park across the Elbow River near the Saddledome – a new site at a new green space that is two and a half times larger than the old location the attraction usually sits on.

Plan ahead, there’s less than a week of free pancakes to devour! There’s no better way to start the day than with pancakes, sausages, and sugary maple syrup – all for free – which leaves us with more cash to spend on the new crazy midway foods, which is always a bonus.

This year’s lineup for the Coca-Cola Stage, the largest music venue at the Calgary Stampede, is chart-topping and award-winning. Tonight’s concert features The Sheepdogs at 9 pm.

From July 7-16, the Bell Live Series will turn the iconic venue into a pop-up country bar with daily food service and live music every day. From 11:30 am to 2 am there will be beer and food, country DJs, impromptu performances, and of course, nightly headliners. Today’s artist is, Mariel Buckley.

Where: King Edward – 438 9 Avenue SE
When: Tuesday, July 11
Cost: Tickets are $20 and will be available at Studio Bell’s box office until two hours before each nightly event.