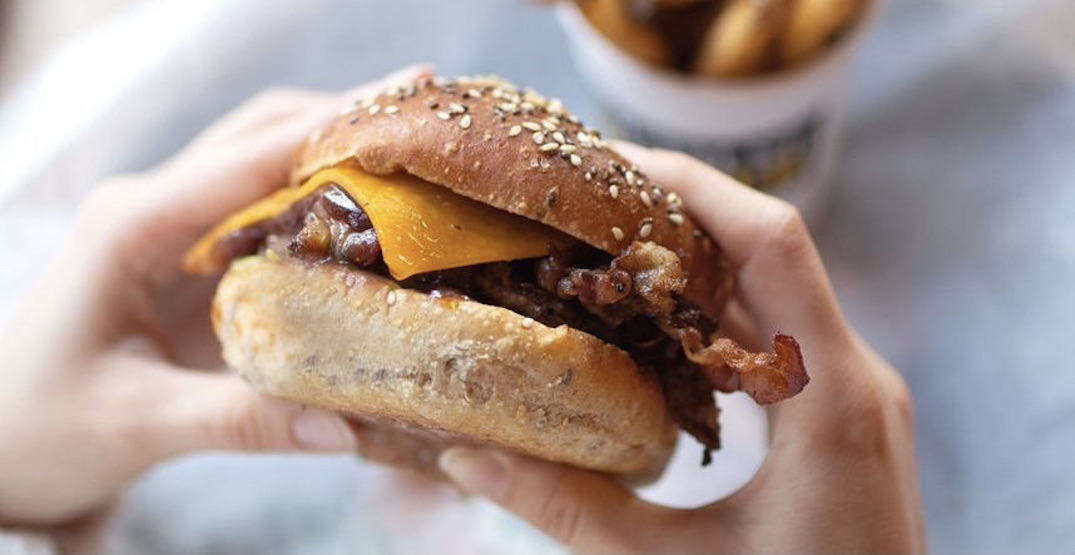 The popular burger restaurant opened its doors on 17th Avenue on Monday, October 4, bringing its juicy, made-to-order burgers to the Red Mile.

The eatery invites customers to build the burger of their dreams with a choice of 30 gourmet toppings. There are also plenty of signature meals for those who can’t make up their minds, including True North, Nacho, southern Fried Chicken, and Lightlife burgers.

“Inclusivity is important to us,” reads a press release from South Street Burger. To appeal to everyone, the restaurant serves a range of burger patties, including vegan and vegetarian options, chicken breast, fried chicken, and Halal beef, as well as gluten-free buns. There are even hot dogs on the menu, for the non-burger lovers.

Restaurant goers can choose from a range of sides, such as poutine, garden salad, sweet potato fries, and onion rings, along with the classic burger pairing of French fries.

Milkshakes are available for dessert (or as a meal in themselves!), and the 1103 17th Avenue SW location’s partnership with La Diperie means there are even more drool-worthy frozen treats up for grabs.

South Street Burger launched in Toronto in 2005, and now has locations in Ontario, Alberta, British Columbia, and Dubai. The new 17th Avenue restaurant is the company’s 34th establishment in Canada, and the sixth location in Calgary.