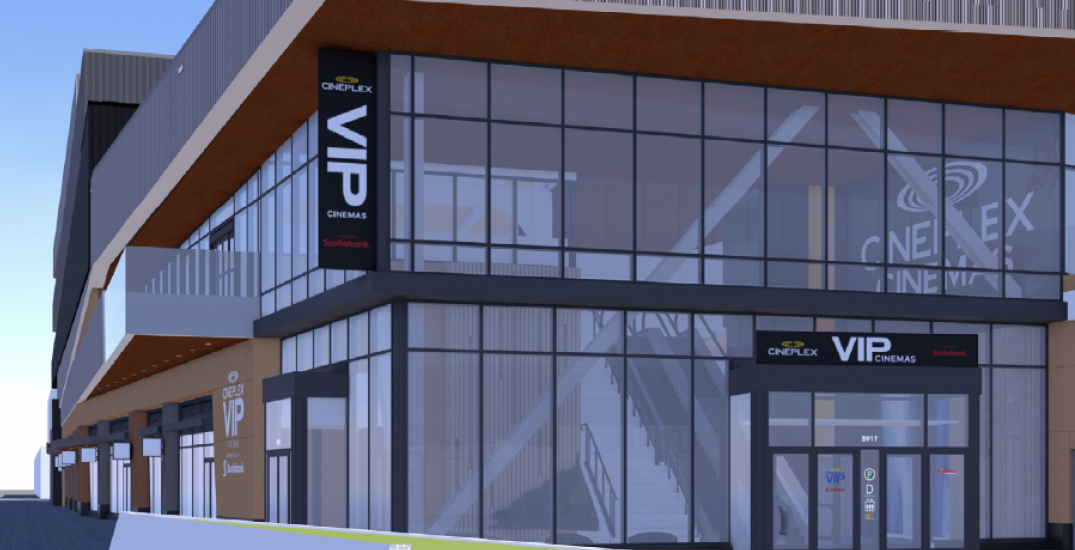 A new Cineplex VIP Cinemas is opening in Calgary later this year in the University District, and it’ll be the first movie theatre of its kind in Alberta.

The location is opening with five VIP auditoriums, and it’s the only Cineplex Cinemas in the province to be exclusively VIP. Southeast Calgary’s Seton neighbourhood is home to a VIP Cinemas as well, but it also features traditional auditoriums.

Scott Whetham, Executive Director, Alberta South Operations, Cineplex, told Daily Hive that the University District cinemas is only the third location in the country to be exclusively VIP, bringing a unique experience to this up-and-coming northwest Calgary community. 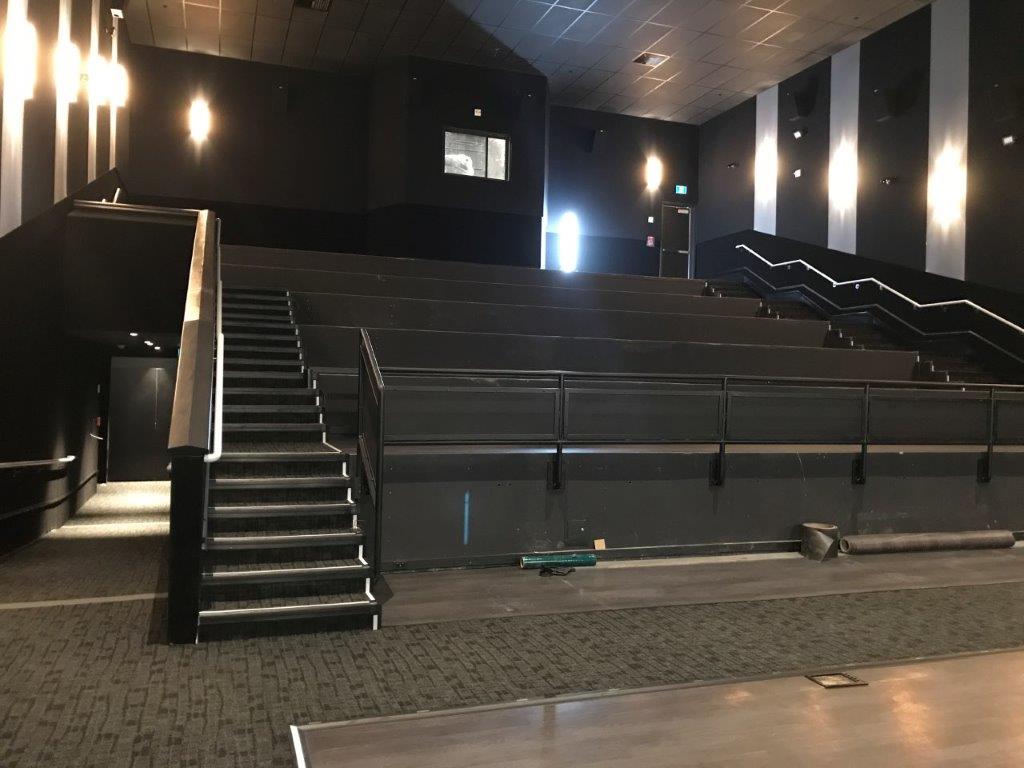 The 22,500-square-foot, adults-only cinemas will be home to a lounge that offers just under 100 seats, said Whetham, where guests can grab dinner or drinks before or after their movie. As with all Cineplex VIP Cinemas, the location will also offer in-seat service within the auditoriums, where tray tables make it easy to enjoy a deluxe snack with your movie.

The cinemas’ menu will feature offerings such as burgers, wraps, tacos and quesadillas, salads, boneless wings, and pizzas, along with appetizers, traditional movie snacks and popcorn, and some decadent desserts, like the salted butterscotch brownie. 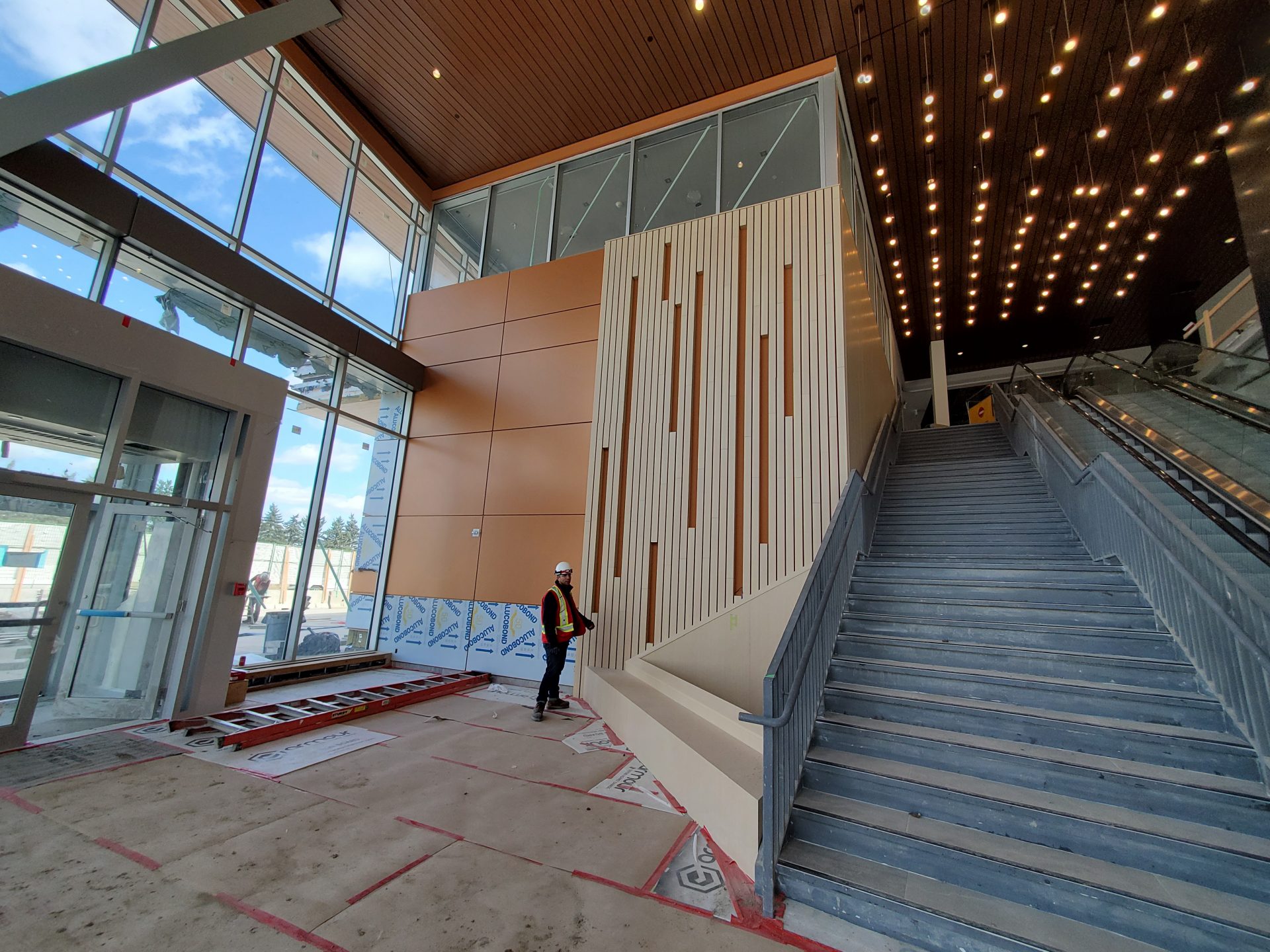 Currently, said Whetham, the Seton location occasionally hosts live music on weekends, and Cineplex will likely look into exploring that option at University District as well, once they’re open and operating.

“People travel from all across Calgary to come to Seton for the VIP experience,” said Whetham. “We’re excited to be in the northwest so people don’t have to make that commute all the time.”

Whetham added that movie-goers aren’t just coming from within Calgary.

“It’s such a different experience that people are seeking it out, so we get people from all over,” he said. “People from as far as Red Deer, and Okotoks and Airdrie, come to Seton just because it is such a unique experience.” 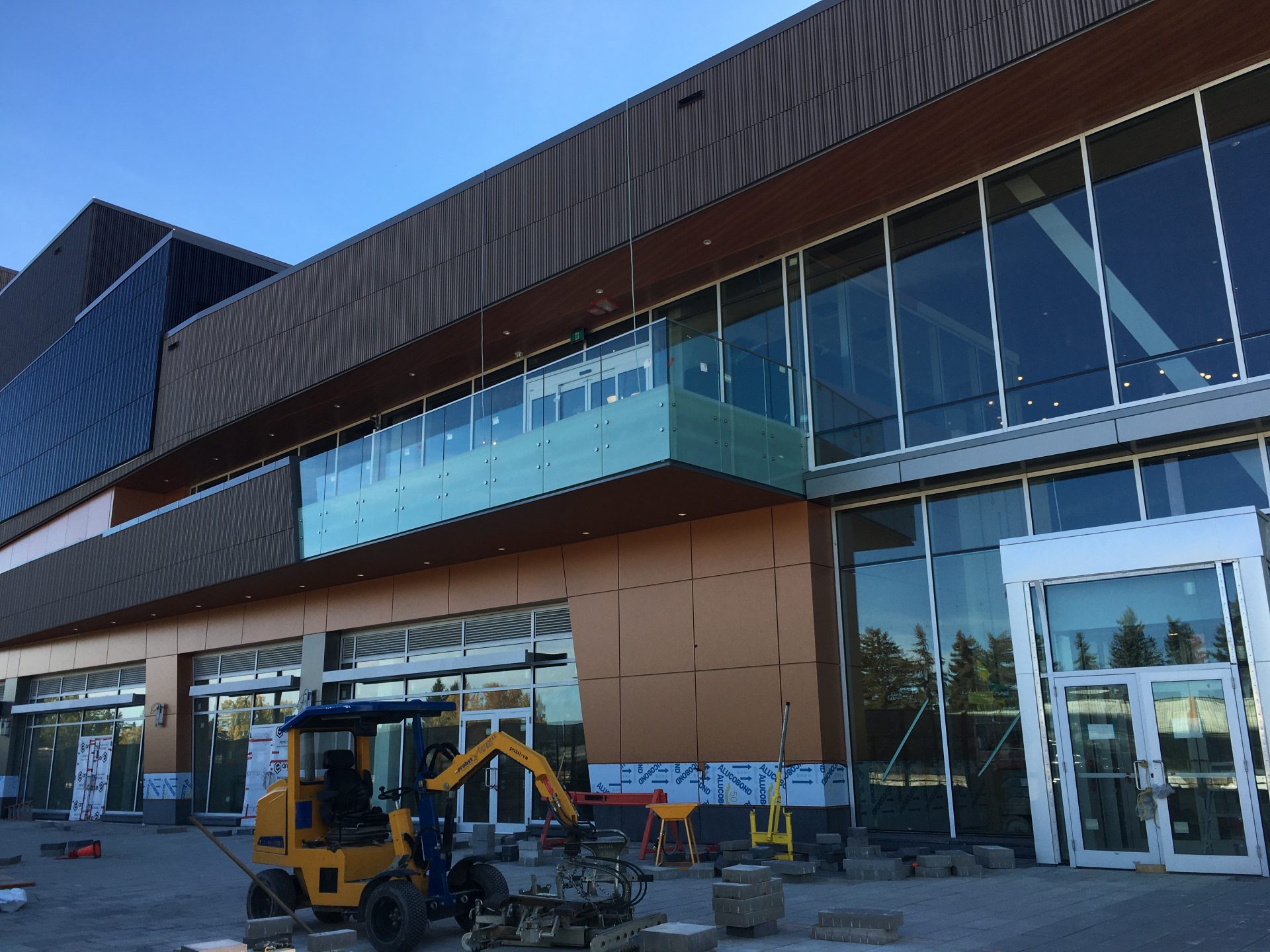 In addition to being the only exclusively VIP Cineplex theatre in the province, Whetham told Daily Hive that the 3953 University Avenue NW location will use all-laser projection in its auditoriums, whereas other Alberta Cineplex locations use methods such as xenon bulbs.

With all-laser projection, movie-lovers can expect screen brightness and contrast that’s superior to what they see with other methods. 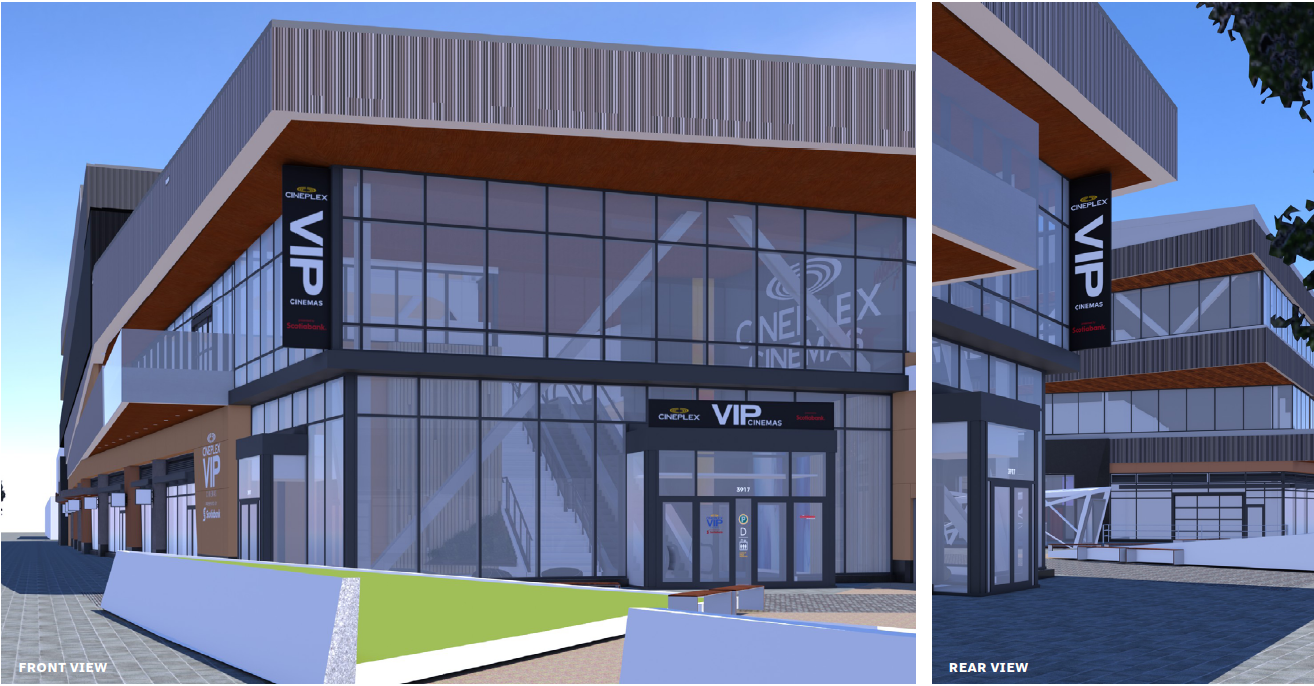 Whetham told Daily Hive that Cineplex is targeting mid-November for the opening of the new venue. They’re currently wrapping up construction and moving into the hiring phase. Whetham said that the company is looking to hire approximately 90 staff members at the location.

A number of developments in the University District are currently in progress, and a lot has already opened.

Nearby to the Cineplex VIP Cinemas, people will find a boutique wine market and a Five Guys. Cineplex will be the first tenant in the development they’re in, however Staples and Canadian Brewhouse are also slated to open in the same development at a later date, according to Whetham.

“There are so many great offerings now, and it looks like future stages are going to be really impressive,” said Whetham.