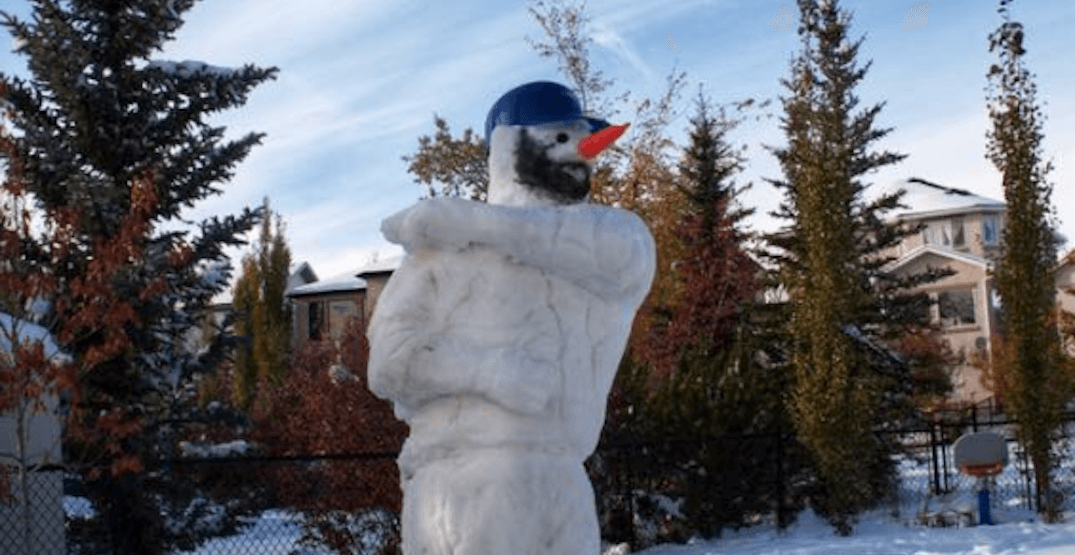 Calgary’s no stranger to snow — that has become pretty clear over the past few days.

With snow comes snowmen, and with snowmen comes the creation of the occasional Snow-Something-Else.

Last year we got this magnificent SnowGorilla, built in the depths of winter last January. 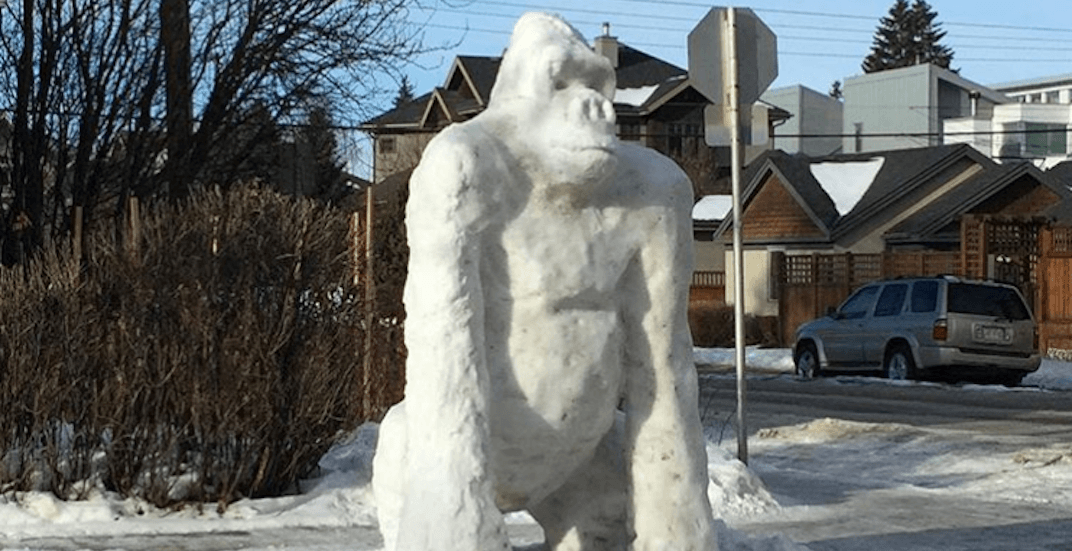 However, it looks like the ante has already been upped, and we’re not even officially in winter 2018/2019 yet!

Local Calgarian Christ Ripley posted a photo of his SnowBautista creation to Twitter on Wednesday, complete with the bat-flip made iconic during game five in the 2015 ALDS.

This is what we do in Calgary when we get a foot of snow in October! @weathernetwork #SnowyBats @JoeyBats19 pic.twitter.com/dDMBc1M57X

The bat-flip quickly became an internet meme, with various depictions of Bautista being shared online, and even landing him on the cover of Golden Grahams Crunch cereal boxes.

Now the flip will live on through Ripley’s snowy creation — at least until the next chinook, that is!