Put on your snowshoes and find those sunglasses, because Calgary weather has absolutely no idea what it’s doing this week.

A chinook is making its way into the city in proper YYC fashion, according to Environment Canada, bringing with it warm air and bright skies — though not before December bears down one last helping of snowfall onto the city.

Saturday night will see a chilly low of -8°C alongside a 30% chance of snowfall, though that’s just a taste of what’s to come. On Sunday, the gauges will drop down to -14°C and periods of snow will fall from those cloudy skies.

Monday will remain just as cold at a high of -10°C and a low of -12°C, though sunny salvation comes with New Year’s Eve when the Calgary air finally rises to above freezing. 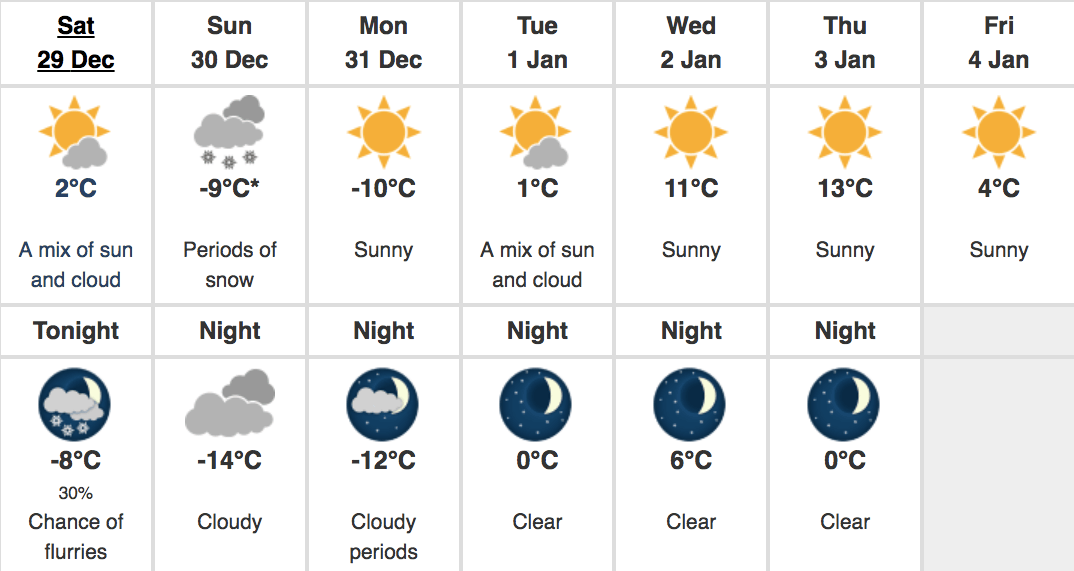 The first day of the brand new year will feature sunny skies and a high of eleven freaking degrees celsius and January 2 follows up with an even warmer high of 13°C.

Now, that’s not to say that there isn’t another… Three. Long. Months. of winter left ahead for Calgarians, which will be sure to see temperatures plummet right back down to excruciating lows — but, for now, enjoy the pleasant snowfall before the clock strikes midnight, and absorb yourself some vitamin D while it’s warm enough to show some skin.

We all know those moments are few and far between in January.