The weather is hitting southern Alberta hard today, with wind warnings and snow warnings covering a large part of the province.

Wind warnings to the south and west of Calgary are calling for gusts of up to 120 km/hour in the regions of Okotoks, High River, Clareshome, Kananaskis, and Canmore.

The winds are a result of a chinook making its way into Alberta, according to a release from the Environment Canada, and could have damaging effects on property due to fallen branches and other loose objects being tossed in the wind.

A snowfall warning has been put into place for Banff and Jasper National Parks, with 10 to 20 cm of snowfall expected over the next 24 hours. 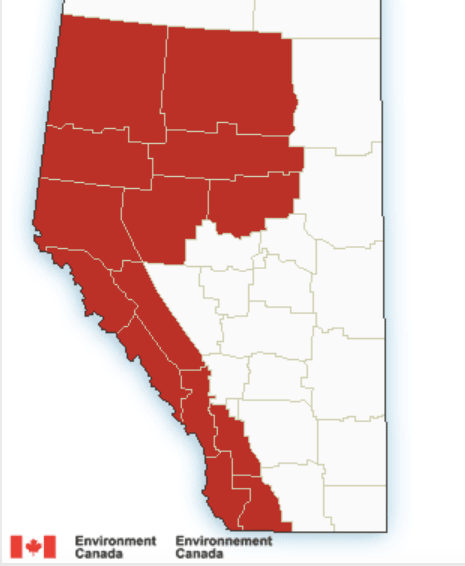 The Icefields Parkway in the area will be hit as well, so anyone driving along Highway 93 is urged to use caution and to avoid the area if possible.

The snowfall is expected to subside by Sunday afternoon.