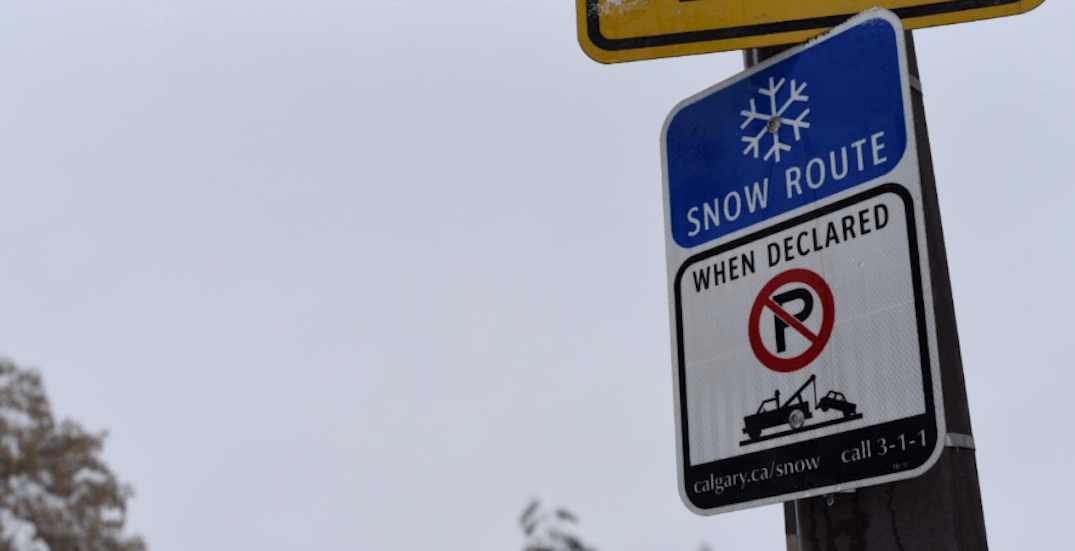 As the city staggers forward after the onslaught that was Mother Nature’s might, many Calgarians have been left $75 poorer.

Over 1,300 Calgarians received a parking ticket during the latest snow route parking ban, which was put into place on Wednesday morning and finally ended at 6 am Friday.

A Thursday release from the City of Calgary stated that 1,356 tickets were written between 10 am Wednesday and 9 am Thursday, though many more were undoubtedly issued in the time since.

The ban came into effect following a record-breaking snowfall on Tuesday, which saw up to 45 cm of snow blanket the city. Traffic was gridlocked, snow plows were called in from other cities, and the tires on Calgary buses were scrutinized as the large red vehicles struggled to deal with the snowy roadways.

But, with the sun shining and the sky clear, it appears that Calgary emerged on the other side of what was likely the first of many winter storms of the season.

The response from the city and the support from neighbouring municipalities was actually quicker than originally forecasted, with the snow route parking ban lifting a full 28 hours sooner than anticipated.

“We want to thank Calgarians who are keeping their vehicles off of snow routes during the parking ban, which is helping snow clearing crews complete their important work,” said Joan Hay, Manager of Enforcement with Calgary Parking Authority, in the release.

Snow crews are now working on clearing priority three routes throughout the city, which include hills, on/off-ramps, playgrounds, and turn lanes.

“This benefits all Calgarians and helps make travel safer for everyone during the winter months,” said Bill Biensch, Roads Maintenance Manager, in the release.

“The city would also like to thank the out-of-town crews from Edmonton, Red Deer, Medicine Hat and Okotoks for assisting with our snow clearing efforts this week following the record-breaking snowfall on Tuesday.”

There will undoubtedly be more snow storms — and more snow route parking bans — to come for Calgary over the next few months. Residents can avoid those nasty $75 parking tickets by staying up to date on the City of Calgary’s website.