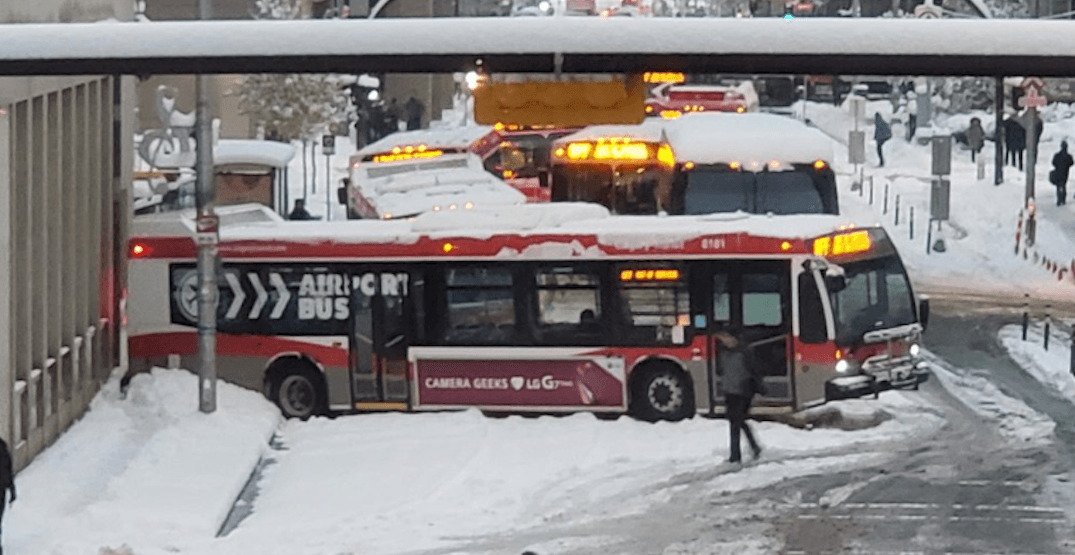 It’s no secret that Calgary’s buses aren’t the best when it comes to snow-covered roads.

This fact was put on city-wide display on Tuesday following nearly 40 cm of snowfall hitting the city, causing both public transit and Calgary’s main highways to slow to a crawl.

Seeing as it was the most snow that Calgary has ever seen in a single October day, we can forgive anyone who may have spun out or ended up sideways on the road — including the city’s buses.

One Calgarian wasn’t quite as forgiving, though he decided to take action to ensure that the winter wasteland we saw Calgary turn into yesterday would never happen again, at least as far as public transit is concerned. 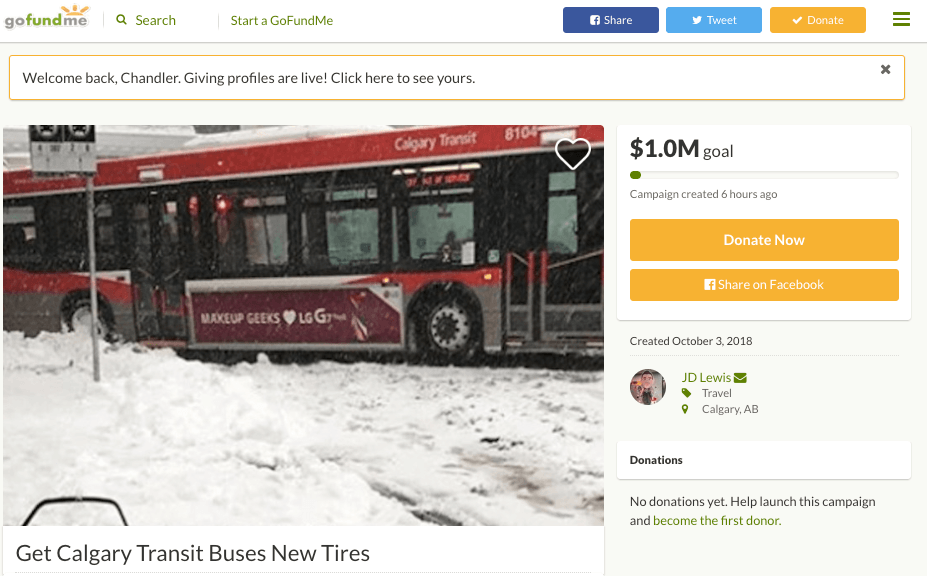 “There were 168 crashes in twelve hours in Calgary yesterday, and far too many involved spun out city buses with poor tires. So, it’s time we band together to help the City of Calgary better equip Calgary Transit buses,” the page reads.

The page’s ultimate goal is a full $1 million, though, at the time of writing this article (six hours into the campaign), it has raised a grand total of zero dollars and zero cents.

Which may, actually, be for the best, as a disclaimer at the bottom of the GoFundMe page states that funds raised in the campaign may ultimately end up elsewhere, potentially going towards researching projects including (but not limited to) “constructing Disneyland North, a multi-billion dollar hockey arena, or a bullet train to Banff.”

The page will likely need to raise a little more than $1 million to see any or all of those projects come to fruition, but we commend Lewis for the effort.