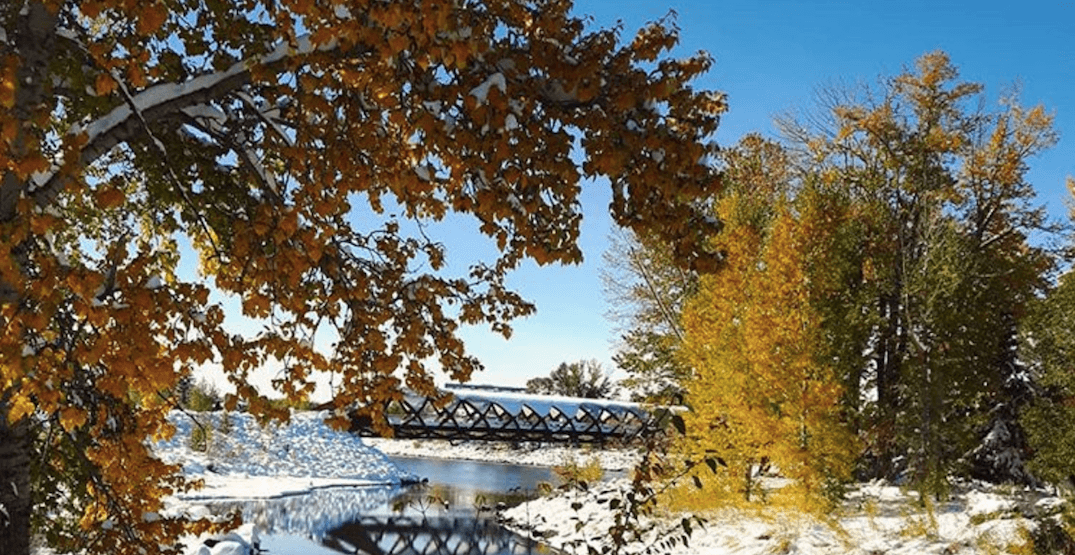 Calgary is living up to its reputation as the sunniest city in Canada thanks to some brilliant sunshine being on the docket for today and the rest of the weekend, according to a forecast from Environment Canada.

While the sun will be out and shining, you may have a hard time feeling any of its heat, however, as temperatures are expected to remain in the single digits.

Still, this weekend’s forecast is much better news than we’ve seen previously this week, when record-breaking amounts of snow pummelled the city and basically brought traffic to a stand-still.

There is a chance of snow further down the line (think next Tuesday and Wednesday), but that’s so far away from now that it’s not worth worrying about (yet).

We’re also pleased to report that there isn’t a single public weather alert for the Province of Alberta as of the time of this writing — a far cry from the blemished map that Environment Canada was showing just a few short days ago.

Don’t forget those sunglasses this weekend, get all the Vitamin D that you can, and remember your coat if you’re heading out to enjoy those clear skies, because it will be getting as low as -4°C during the night.

Winter is, undoubtedly, coming — but at least we’ll have some sunshine to see us through this weekend.