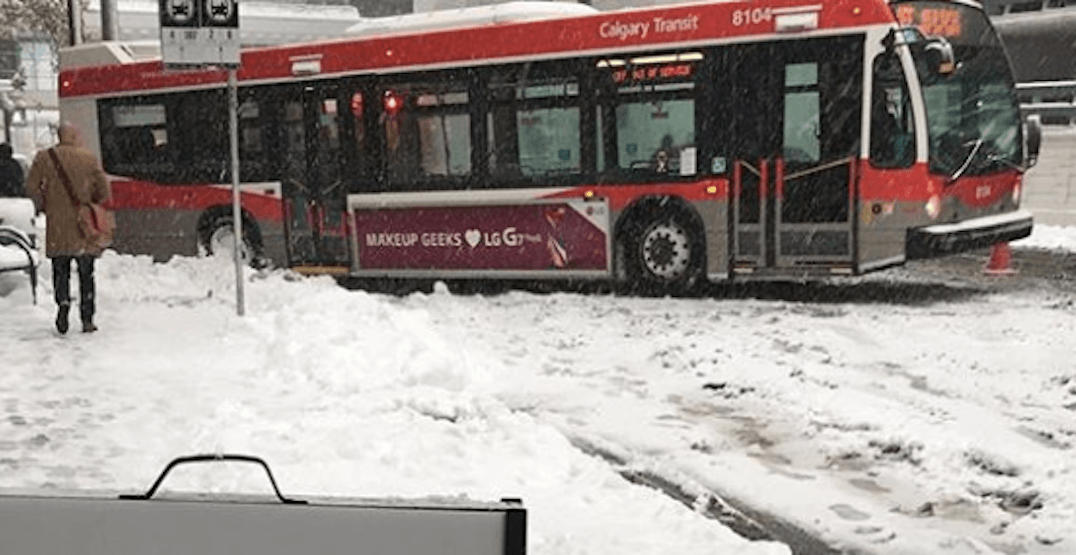 Calgary bus in the snow (sanctuary4yyc/Instagram)

It’s a messy one out there, Calgary.

Unless you’ve been hitting that snooze button hard this morning, you’ll know that Calgary was covered by a blanket of snow throughout the night ranging from 10 to 15 cm all across the city.

While the snow has made for some pretty pictures and adorably excited pandas, the negative repercussions of piles of snow at the start of Oc-freaking-tober have been making themselves known throughout the morning.

Bus, car, bike, and foot travel throughout the city has been severely impeded throughout the morning, and there have been 168 car crashes between 10 pm yesterday and 11:30 am today, according to the Calgary Police Service.

14 of those crashes resulted in physical injury, and it was noted that these statistics don’t factor in crashes that occur but are not reported.

Anyone waiting for a bus on a hill is being asked to wait for it at either the bottom or the top of the hill, as buses will likely not be stopping halfway up.

The Blue Line CTrain is running 20 minutes behind as of 11 am due to a “passenger emergency” at Bridgeland Station.

#CTRiders the #BlueLine CTrains are running behind schedule by 20 mins b/c of a passenger emergency at Bridgeland station. The current delay is headed from Bridgeland to 69 St Stn. FYI for #RedLine users pic.twitter.com/M7KnJkZqTr

Drivers are being encouraged to stay home if at all possible, as the highways around the city are extremely congested following multiple car crashes and slippery driving conditions.

A reminder to stay off the roads if you don’t have to go out today. If you must go out, make sure you give yourself extra time, clean the snow off your vehicle and leave extra room between you and the car in front of you. #yycsnow #abstorm #yycstorm 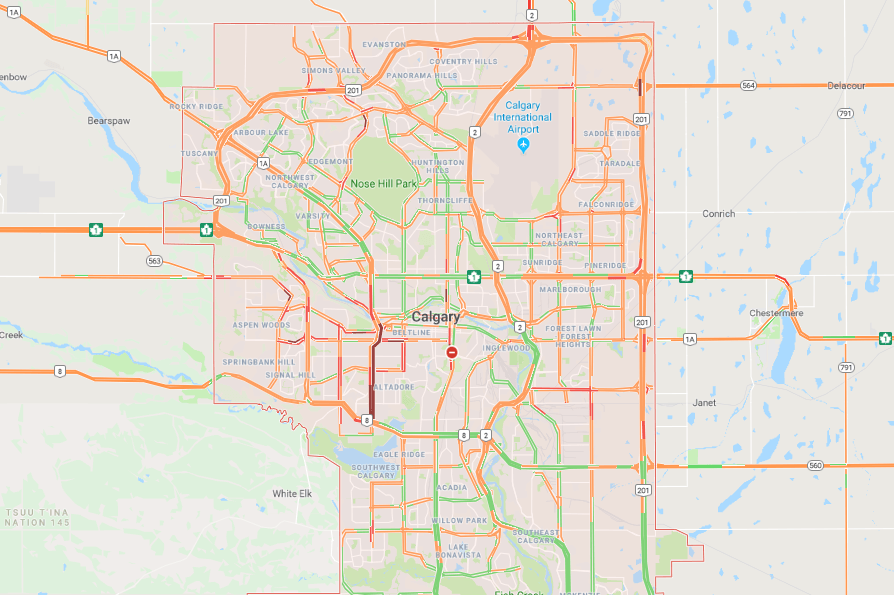 A tweet from YYC Transportation stated that snow plows are currently at work on the Priority 1 routes, which are roads that see over 20,000 vehicles each day. The routes include Glenmore Trail, Sarcee Trail, and MacLeod Trail.

A snow route parking ban is not expected to be put into effect.

Plows are out on the major routes but progress is slow as the snow continues to fall. Streets, sidewalks and pathways are snow-covered. If you need to travel this morning, give yourself extra time and slow down. It will take a few days to clean-up this storm. #yycsnow #yycroads pic.twitter.com/SrPCdguEKi

Stay safe out there, Calgary!