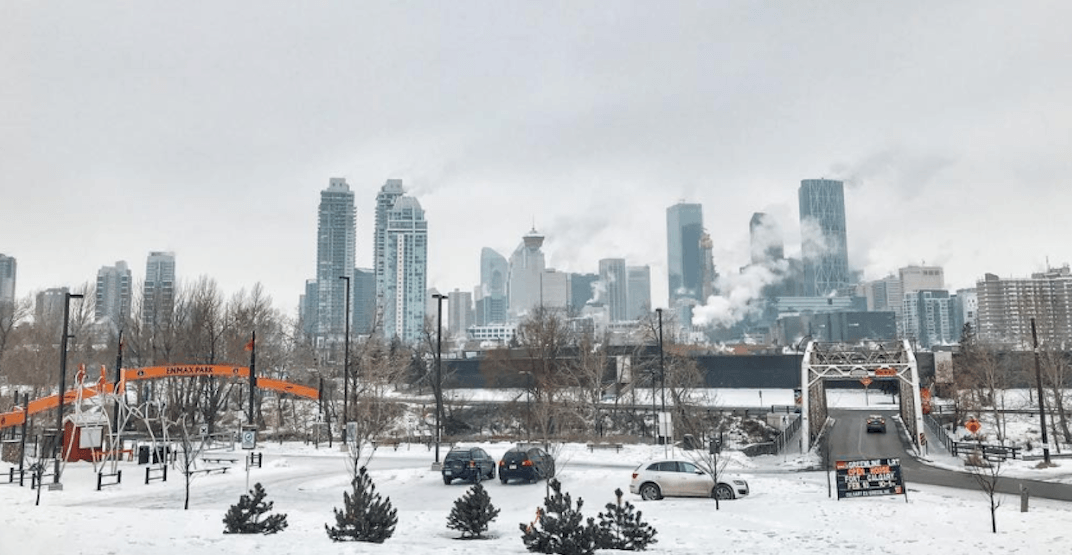 You may need to go move your car ASAP.

Thanks to the weekend’s snowfall, the City of Calgary has announced a snow route parking ban for the next 72 hours.

The ban calls for anyone who usually parks their vehicle on designated snow routes to relocate so that the roads can be cleared, according to a release from the City.

Some city roads were deemed too hazardous to drive this weekend due to the heavy snowfall, including Dearfoot Trail. While Dearfoot has since been reopened, roads crews will need Priority 2 roads cleared of all vehicles so they can properly remove the snow from the streets.

“Crews have been working around the clock since the snow started falling late Friday,” said John Bolger, acting roads maintenance manager, in the release.

“With more snow anticipated later tonight, the parking ban will help us get a head-start on bus routes and connector roads.”

Calgarians can find out if they usually park on a snow route by going to the City’s website and searching their parking location’s address. They can also look out for a blue snow route sign with a white snowflake posted on the sides of city streets.

If you do happen to be parked in a snow route parking ban area, you’ll need to relocate your vehicle to a different street. ParkPlus system zones are fair game from 6 am to 9 pm on Monday to Saturday during snow events.

Vehicles that remain in the parking ban areas may be ticketed and towed at the owner’s expense… so we highly reccomend making sure your car is in the clear.