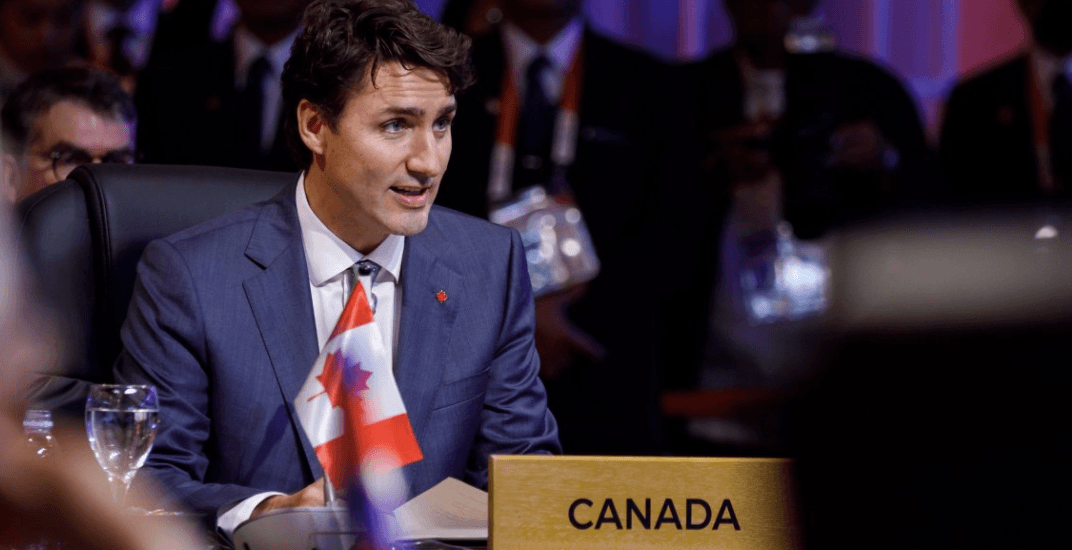 Prime Minister Justin Trudeau has weighed in on the current controversy between the BC and Alberta, stating: “That pipeline is going to get built.”

The pipeline Trudeau is referring to is Kinder Morgan’s Trans Mountain pipeline, which the Prime Minister approved of in late 2016 to the protest of many British Columbians.

Trudeau was interviewed on the Ryan Jespersen Show by 630 CHED’s Kelsey Campbell on Thursday morning, where he promised that the pipeline would be built.

“We were assured, and we did the science and we did the research; the Kinder Morgan pipeline is not a danger to the BC coast. Particularly not, given the billions of dollars that we’ve invested in the Oceans Protection Plan,” said Trudeau in the radio interview.

“And that pipeline is going to get built. We will stand by our decision, we will ensure that the Kinder Morgan pipeline gets built.”

Bitumen restrictions on the BC coast

On January 30, the BC government announced regulations that would restrict the increase of bitumen transported out of BC’s shores, “until the behaviour of spilled bitumen can be better understood and there is certainty regarding the ability to adequately mitigate spills.”

In a statement included in the release, BC Minister of Environment and Climate Change Study George Heyman said that these restriction are being put into place to protect BC’s coastlines and environment.

“The people of BC need to know that there is effective spill management across the province and, in particular, for our most environmentally sensitive areas, including coastlines,” said Heyman in the release.

“We believe spills should not happen. But if hazardous pollutants have potential to spill, our government will ensure that spillers must be prepared and able to fully mitigate the environmental damage before they proceed.”

Alberta suspends talks of electricity purchases from BC

Alberta Premier Rachel Notley released a statement only a few hours later, saying that the BC government had run out of tools and were “grasping at straws” with the proposed bitumen restrictions.

“[The BC government] does not have the right to rewrite our Constitution and assume powers for itself that it does not have. If it did, our Confederation would be meaningless,” Notley said in the statement.

“Therefore, the action announced today by the BC government can only be seen for what it is: political game-playing.”

Having run out of tools in the toolbox, the Govt of BC is now grasping at straws. The BC Government has every right to consult on whatever it pleases with its citizens. It does not have the right to re-write our constitution & assume powers for itself that it does not have…

Following the promise made by Trudeau in the interview on February 1, Notley appeared before reporters at a news conference on Thursday to state that more needs to be done by the federal government, and that the Province of Alberta would be suspending talks with BC on potential purchases of electricity until resolutions are reached.

“We have formally suspended all talks to do with the purchasing of electricity from BC through existing inter-ties,” Notley said.

She said that the purchases would have brought up to $500 million to BC per year, and that more actions may be taken by Alberta in the coming weeks.

“This is just the first step, in the coming days and weeks there may be more. We are prepared to do what it takes to get this pipeline built. Whatever it takes.”

Notley said at the press conference that she had spoken on the phone with Trudeau, and has told him that more needs to be done on a federal level.

“They can insure us, and all Canadians, that this federally approved project, that is in the best interest of Canada and in the best economic interest of all working Canadians, will be built. They can commit specifically to the tools that they will use to make sure that this happens.”

BC Premier John Horgan was announcing a new middle school in Lake Country BC on Thursday evening when he was asked about Notley’s statements, and he stood by the proposed regulations.

“We’re consulting widely on these regulations, we have not put in place anything at this time,” he said.

“We are going to put in place a scientific panel to look at the potential consequences of a catastrophic spill. I don’t think that’s unreasonable. I am surprised at the response we’re getting from Alberta.”