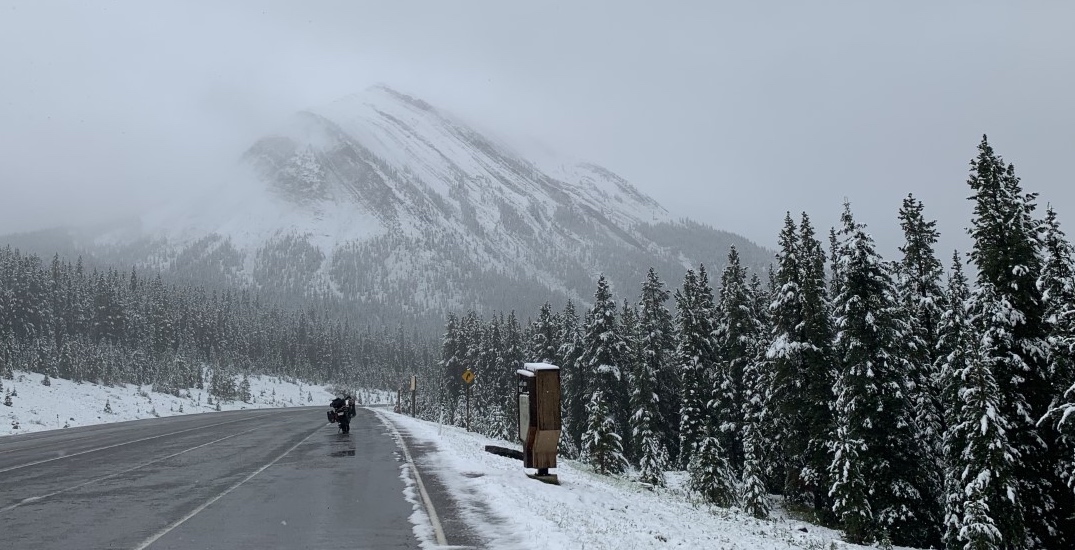 In most places, August usually means sunshine and warm temperatures; however, Alberta’s weather can be a bit of a wild card.

The province lived up to its reputation on Tuesday, when the Kananaskis region experienced snow.

Locals took to social media to express their surprise, and maybe even happiness, that Alberta’s K-country got some of the white fluffy stuff.

Posts showed snow in the region, with some dusting to mountain peaks to the fluffy stuff coating trees and grass.

Who ordered snow for today in the middle of August out in Kananaskis County? LOL pic.twitter.com/zWKuTp9cGs

Who ordered snow for today in the middle of August out in Kananaskis County? LOL pic.twitter.com/zWKuTp9cGs

According to Environment Canada, a rainfall warning is currently in effect for Kananaskis, with rain expected for most of the week.

Environment Canada says widespread total rainfall of 40 to 50 mm is expected, with up to 80 mm possible in some localities. Rainfall will taper off Tuesday evening.