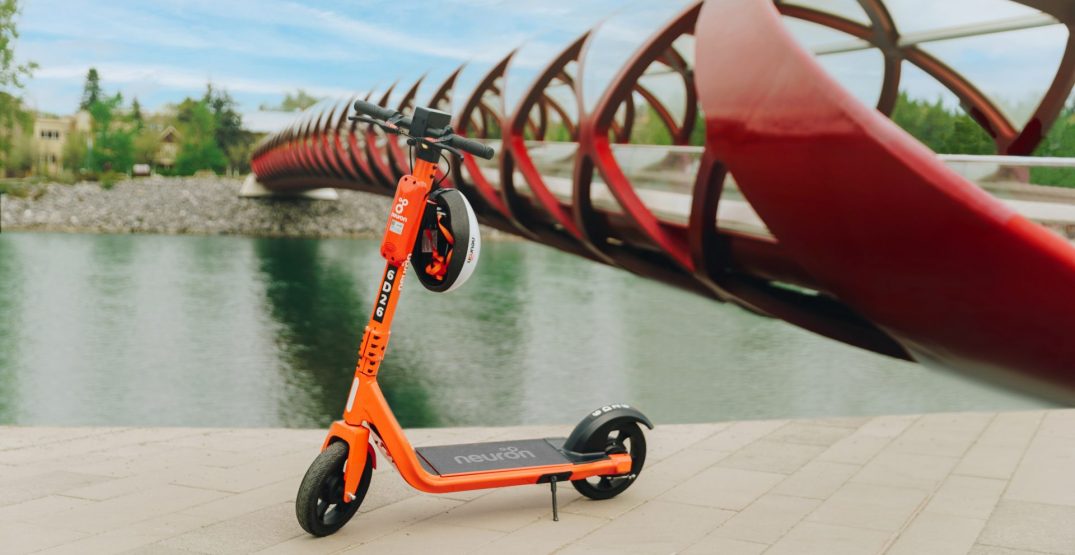 It’s no secret that Calgarians love e-scooters (we were the first Canadian city to record one million rides), and now the fun, alternative mode of transportation will be returning to the city on a long-term basis.

After a successful 16-month pilot program, shared e-scooters will re-launch in Calgary on May 28, and two companies have been selected to bring 750 scooters each to the city.

Calgarians will recognize Bird as one of the three companies that took part in Calgary’s pilot program, with Neuron launching as a newcomer in the city.

Bird is a Canadian-owned and -operated company, and they’ve chosen Calgary for their operational headquarters. This creates 45 full-time jobs for Calgarians, and helps Bird continue to develop and expand, and they have hopes of bringing shared e-bikes to Calgary this year.

Neuron Mobility is a leading e-scooter company in Australia and New Zealand, and Calgary is the second Canadian city that the company has launched in, with Ottawa being the first. Neuron plans to add approximately 75 jobs in Calgary, and also intends to bring e-bikes to the city in 2021.

Neuron’s e-scooters feature a range of cutting-edge safety features, some of which have not been seen in Canada before, including the world’s first app-controlled Helmet Lock, and bilingual Voice Guidance to educate riders and deliver instructions for safe riding and parking.

This year, Calgarians can ride e-scooters in bicycle lanes and pathways, on quiet roads with lower traffic volumes, and on quiet sidewalks, in addition to temporary adaptive lanes.

The City of Calgary says on their website that they are limiting the number of shared e-scooters to 1,500 in an effort to “reduce parking and sidewalk clutter issues.”

The City noted that e-scooters are not sanitized between uses, and suggests cleaning scooters with a disinfectant wipe, avoiding touching your face, sanitizing hands before and after use, and maintaining physical distancing. They also shared a graphic outlining safe riding practices. 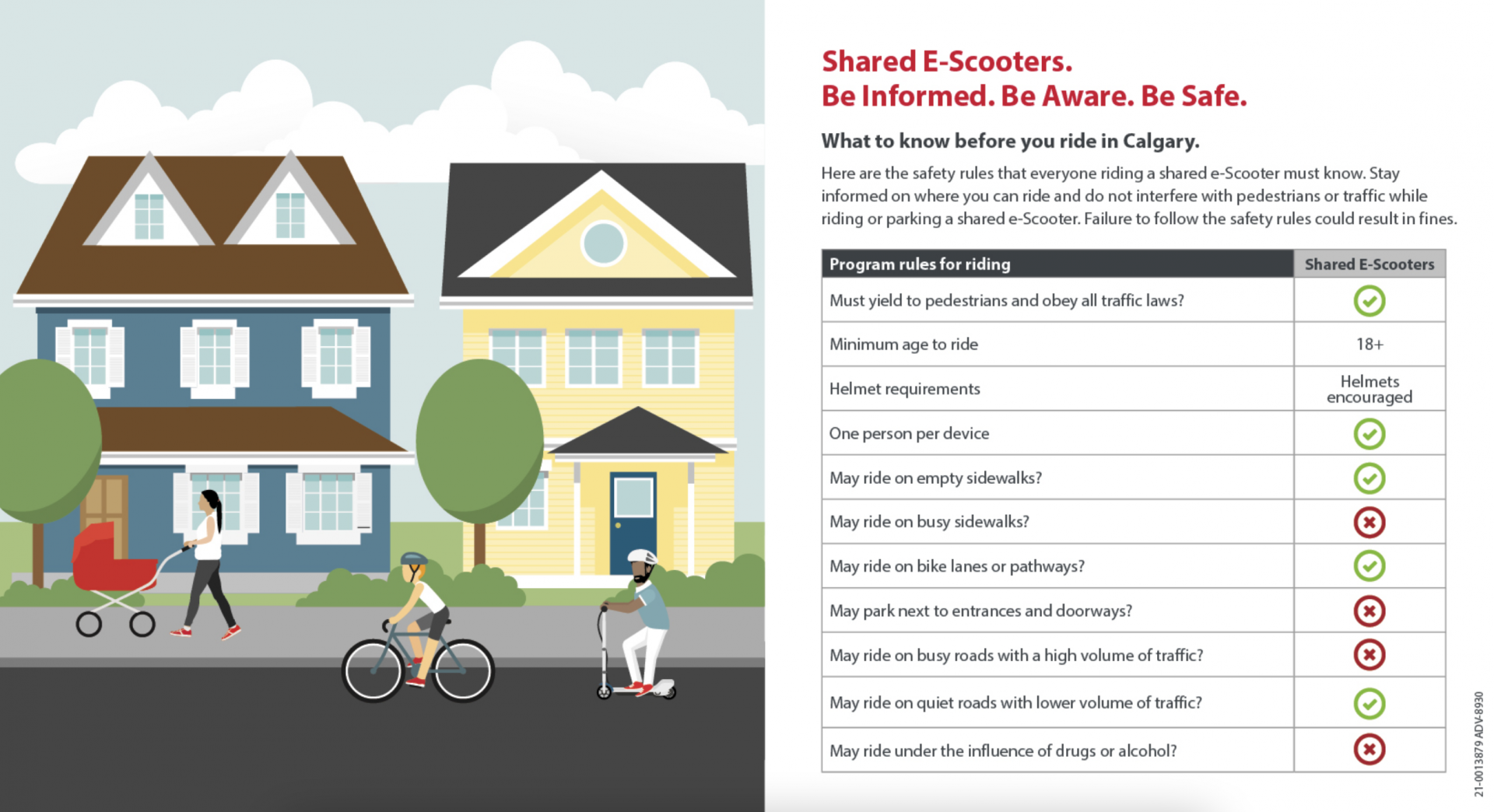