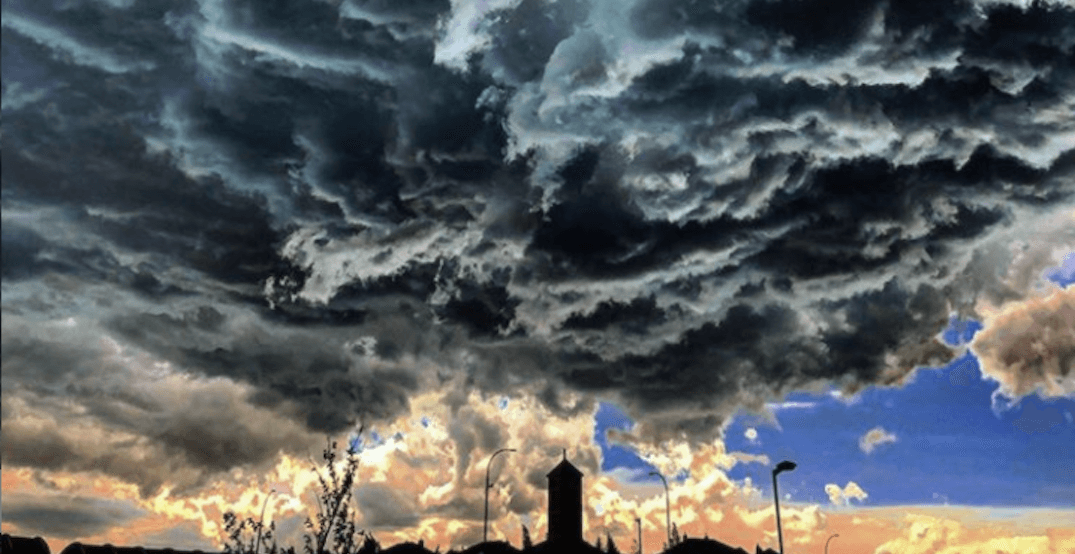 Environment Canada has put a few regions of Alberta under an extreme thunderstorm warning, including areas bordering on the City of Calgary.

According to Environment Canada, “Conditions are favourable for the development of severe thunderstorms that may be capable of producing strong wind gusts, large hail, and heavy rain.”

The hail and wind has the potential to damage property and cause injury by tossing loose objects or breaking off tree branches.

Tornados are also a possibility, along with flash floods from heavy downpours and the risk of being struck by lightning.

Some brave Albertans even managed to capture the natural phenomenon in action, posting photos of the ominous clouds to social media.

Pano shot of a mothership supercell west of Bowden at RR15 and TWP-RD 342 looking west at 3:48PM. #ABStorm pic.twitter.com/3GSF80Wokm

It’s already moved and changed from 5 minutes ago when I took this. #abstorm pic.twitter.com/bLhVb8Yjxe

While the photos make for quite the sight, Environment Canada urges anyone residing in an extreme thunderstorm warning or watch area to remain indoors until the storm passes.