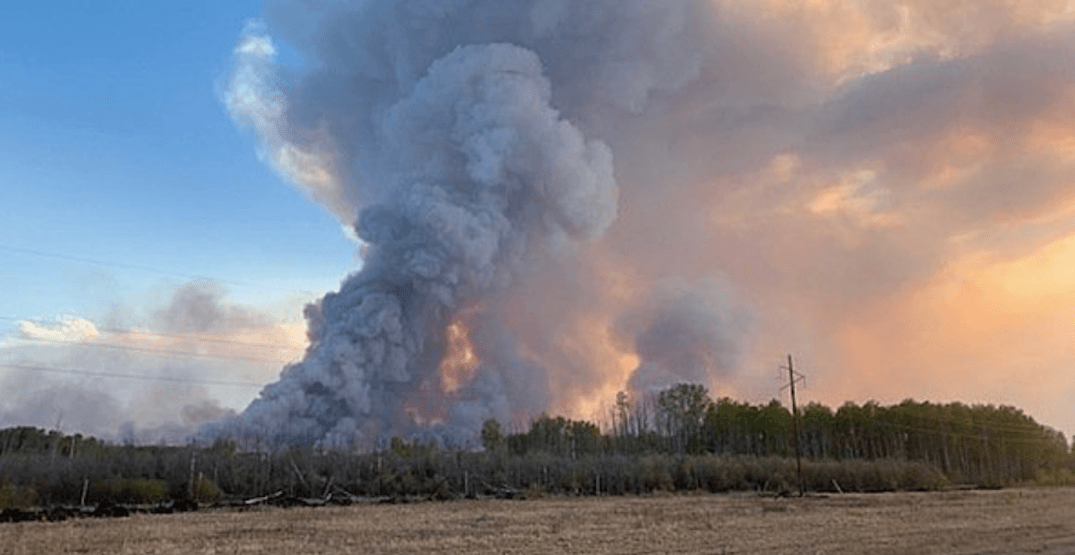 It has been a long three weeks, but cooler weather combined with the efforts of firefighters in northern Alberta has finally stopped the spread of the province’s largest fire.

The Chuckegg Creek Wildfire, which, at its closest, had been burning just three km away from the Town of High Level, has finally begun shrinking, according to the most recent update from the Government of Alberta.

On June 7, the 17th update stated that the fire spanned approximately 275,925 hectares of land southwest of High Level. By Monday, an 18th update clocked the fire in at 265,925 hectares — exactly 10,000 hectares less than it had been just three days prior.

The most recent update also noted that evacuees from the communities of High Level, Mackenzie County, Dene Tha’ First Nation, County of Northern Lights, south of Twin Lakes Campground including Notikewin, Marten Beach (MD of Slave Lake), Keg River/Carcajou, and Peerless and Trout Lake communities have already been able to return home, and that residents of Bigstone Cree Nation and Wabasca-Desmarais will also be able to head home as of Wednesday.

These communities will, however, remain on evacuation alert, though the cooler weather and over 2,000 wildland and structural firefighters and staff are keeping the fires in check.

Mandatory evacuations remain in place for Paddle Prairie Metis Settlement and parts of the MD of Opportunity No. 17 including the Hamlet of Sandy Lake and Chipewyan Lake Village.