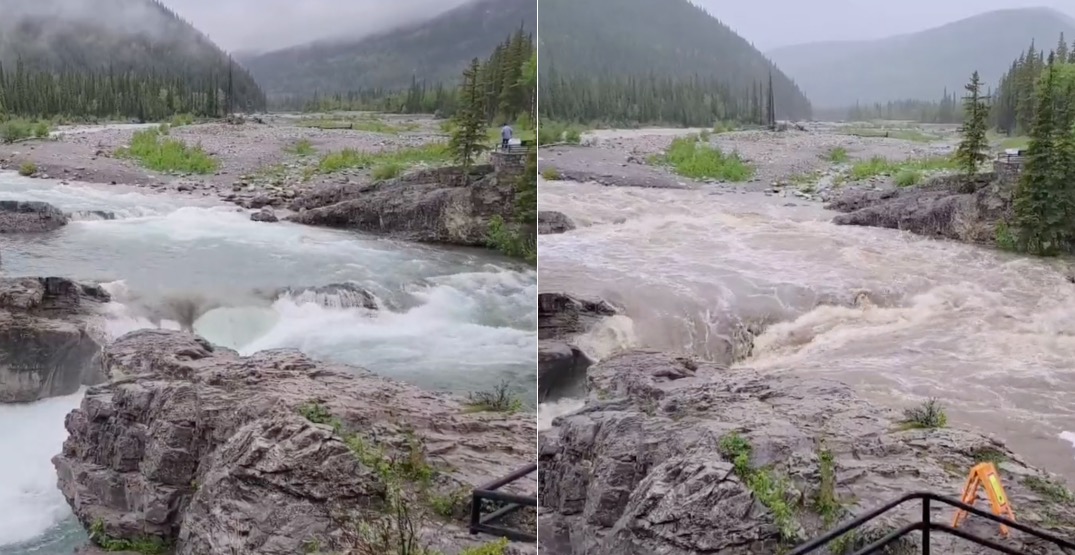 A massive rainstorm drenching Alberta has raised water levels in numerous rivers and streams, and a video of a waterfall west of Calgary swelling in size in a matter of hours is jaw-dropping.

The compilation of clips of Elbow Falls shows the falls going at a nice, tranquil pace followed by shots taken 20 hours later, with the falls looking like chocolate milk and growing exponentially in size.

Majko also posted a video of the Sheep River Falls, with the usually crystal-clear waters at those falls running like chocolate milk.

On Monday, the province held a press conference to update Albertans on the rain and flood risks, adding that models at that time suggested that the heaviest amounts were expected in the High River area.

Rainfall warnings remain in place for areas across western and southern Alberta, according to Environment Canada.