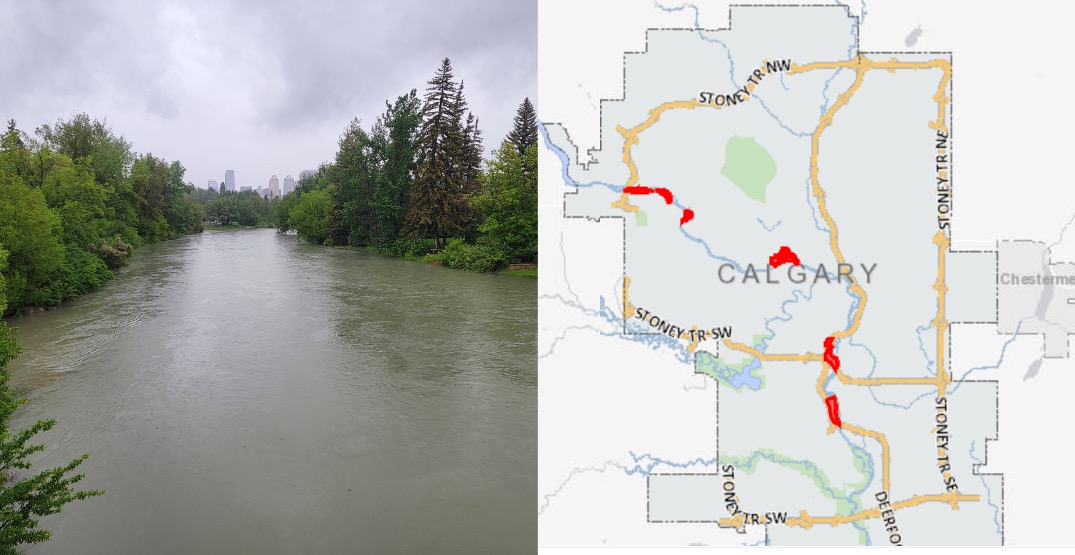 As rain continues to fall in Calgary and the surrounding area, a map on the city’s website tells you exactly which neighbourhoods are currently at-risk of flooding.

The declaration allows police and fire to go door to door and advise people that they may be under an evacuation order. No such order has been made at this time.

A map on the city’s website outlines the areas in the city expected to be the most impacted by heavy rainfall, which includes Sunnyside, Prince’s Island Park, and portions of Hillhurst and Bowness. 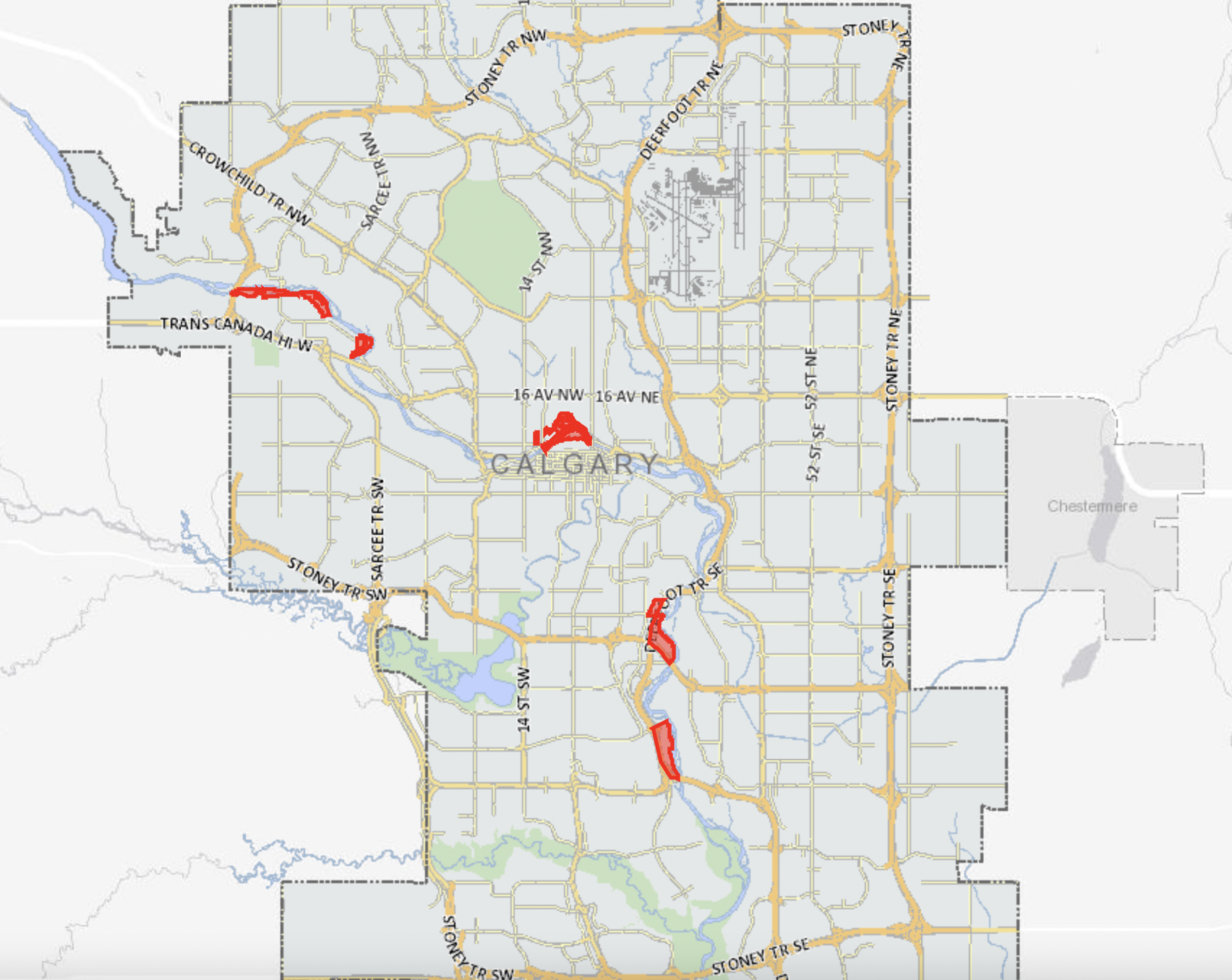