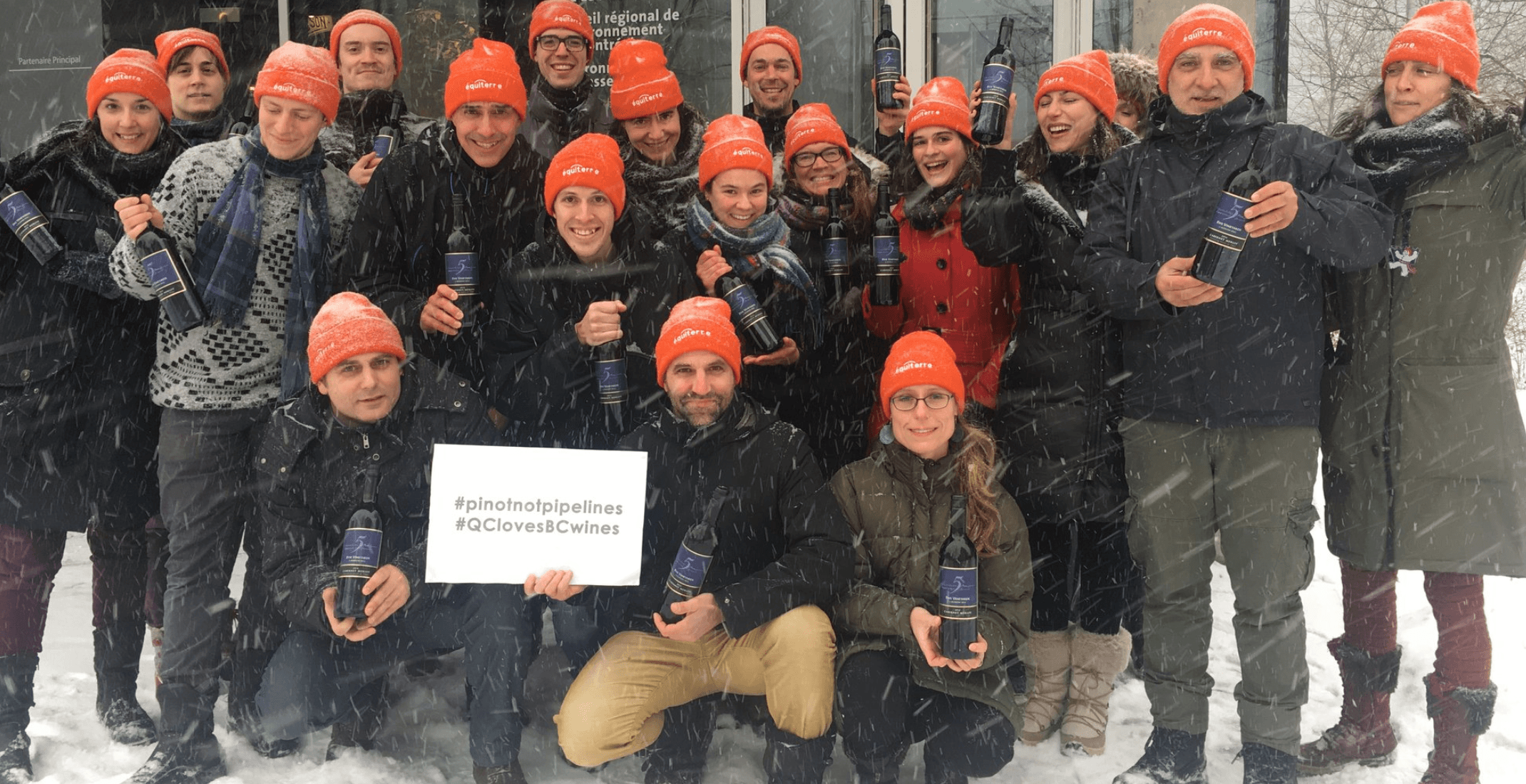 Quebecers are showing their solidarity with British Columbia by purchasing the province’s wine after Alberta Premier Rachel Notley announced that her province will halt any BC wine imports.

The move comes following a dispute between BC and Alberta that began with the BC government announcing restrictions on bitumen transports – a decision that would stall the Kinder Morgan Trans Mountain pipeline expansion.

In response, Notely announced Alberta would be halting BC wine imports.

Now, Quebec environmental activists and those siding with BC are showing their support for the West Coast on social media with the hashtag  #QCLovesBCWine.

The movement was started by Anne Celine Guyon who posted this picture on her Twitter account on February 7.

“Challenge: BUY BC wine and take a picture of yourself. Add the picture on Twitter using the hashtag # QClovesBCwine # QCaimeLeVinCB,” she wrote in her tweet.

The movement has since caught on with other Quebecers.

In Montreal and Quebec City, people went to the SAQ to support BC wines & affirm their solidarity to the opposition to Kinder Morgan, and to Indigenous leaders asserting their rights and defending our climate #QClovesBCwine #QCaimeLeVinCB #toastthecoast #PinotNotPipelines pic.twitter.com/87c9bICL3A

Any BC wine to recommend? East = party animals, not fans of pipelines. 🤓😬 #QClovesBCwine #winenotoil

Following Alberta Premier Rachel Notley’s BC wine boycott announcement, the hashtag #PinotnotPipelines also began trending as many poured a glass to toast their support for the West Coast.

Notley has called on Trudeau and the federal government to intervene in the conflict.