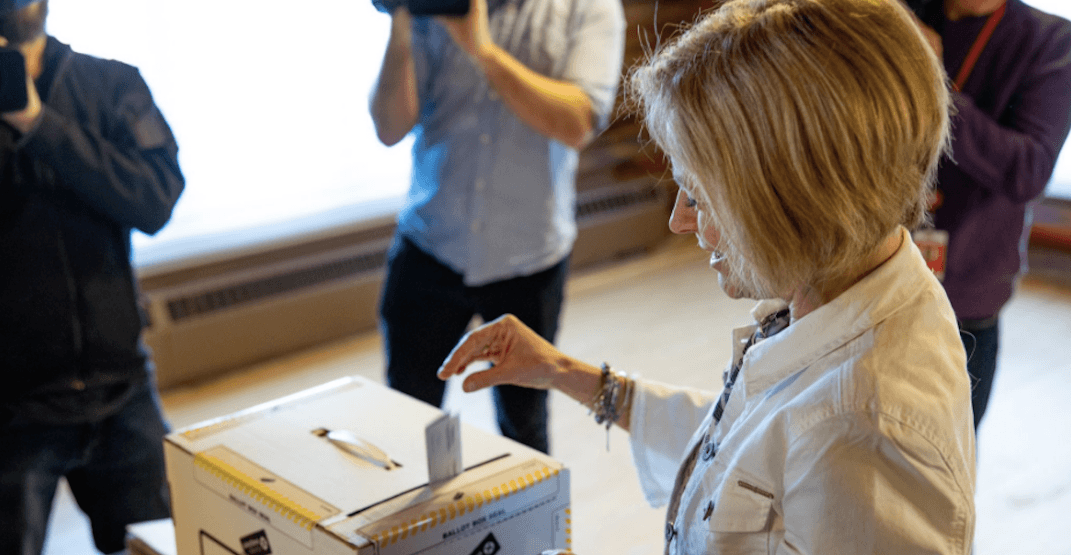 Election day is almost over and it’s clear that the two main parties’ leaders have been on the move prior to polls closing at 8 pm.

The path leading up to the election has been quite divisive, but the race itself could be quite close.

As the parties attempt to do some last-minute campaigning, let’s take a look at what the candidates have been up to on election day.

Rachel Notley started her day by casting her vote with her two children, Ethan, 20, and Sophie, 18, both of whom were voting for the very first time in a provincial election.

Today was the first time Ethan and Sophie have been able to vote in a provincial election.
So grateful for all of their support and proud to see them add their voices to building an even stronger and more inclusive Alberta for all Albertans.#abvote pic.twitter.com/41ttmMfXut

After voting with her family,  Notley uploaded a video to her social media reminding others to cast their vote “for an Alberta where we continue coming together to build an economy for all Albertans.”

In the meantime, Jason Kenney was scheduled to make appearances near Edmonton where he met with and greeted voters and posed for photos with supporters.

According to his Twitter, the UCP leader already voted in the advance polls “to get Albertans back to work.”

Continuing my blitz across the Edmonton region this morning. We need strong Edmonton voices in the next Alberta government!

Kenney’s last stop on his campaign tour before the polls closed was Calgary-Lougheed with his local team before awaiting the announcement of the final results.

Last stop on this campaign journey is in Calgary-Lougheed with my local team. You are like family and I can’t thank you enough for all your hard work.

While Kenney was updating his social media with the last of his campaign stops, Notley took to Twitter to share a video chronicling her last four years as Alberta’s premier and calling for the building of a more inclusive Alberta.

In the last four years, together, we’ve come through the deepest recession in a generation and now, together, we’re building a stronger more inclusive Alberta.
Now’s the time to get out and vote so we can keep building one Alberta for all Albertans.#abvote #abndp #FightingForYou pic.twitter.com/63EkRrYUy9

The polls close at 8 pm and it won’t be until later tonight that the new (or renewed) premier of Alberta is officially named.