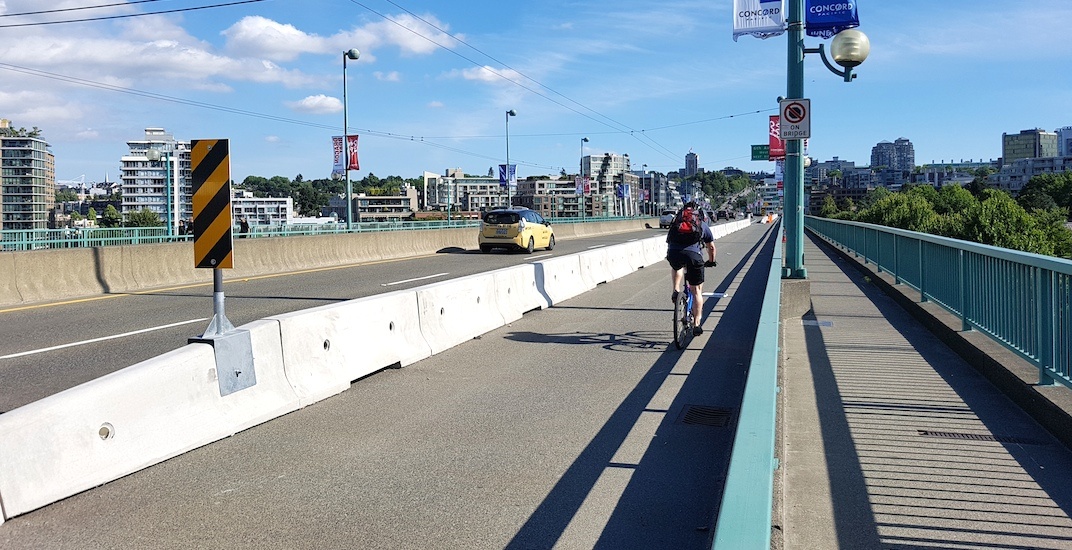 A new national poll from Angus Reid has found the divide between motorists and cyclists in Canada goes beyond just a dedicated lane in the road.

The new public opinion poll found that most urban Canadians are all for separated bike lanes, but are less-than-enthusiastic about building more of these lanes in their communities.

It also found that over two-thirds of Canadians (67%) say too many cyclists in their communities don’t follow the rules of the road, while nearly the same number (64%) say too many drivers don’t pay enough attention to bicycles on the roadway.

However, there is a notable gap between the two groups on whether there is an adequate number of such lanes where they live.

The poll also found that residents of the Vancouver, Edmonton, and Calgary metro areas are considerably more likely to say there are “too many” separated bike lanes where they live than those who live in other large cities across the country.

While there’s been no shortage of argument over bikes and bike lanes in recent years, most Canadians say they don’t see much conflict between cyclists and drivers where they live.

The Angus Reid Institute analyzed the results of an online survey conducted from March 6 to 15, 2018, among a representative, randomized sample of 5,423 Canadian adults who are members of the Angus Reid Forum.