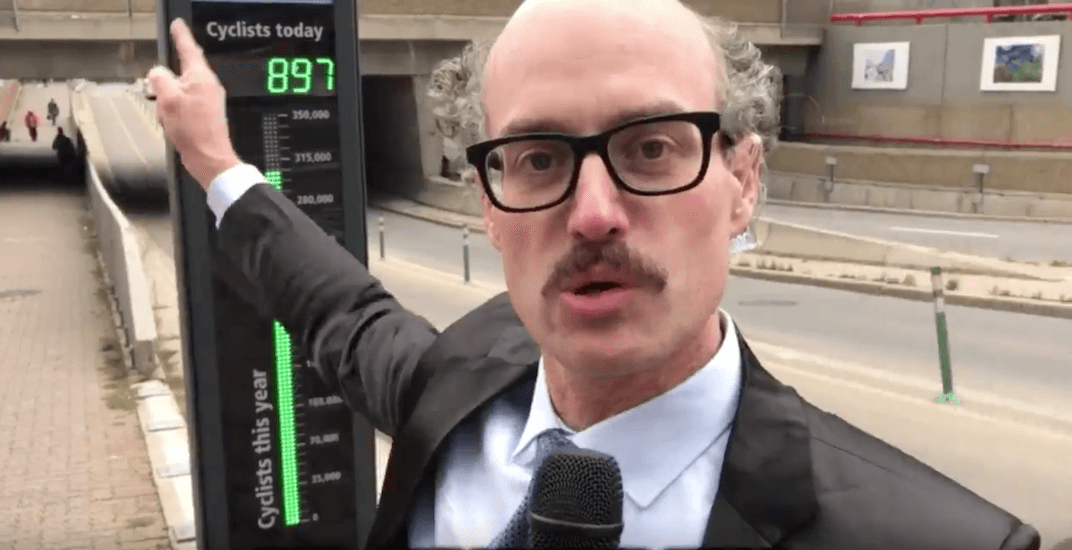 Bike lanes are always a contentious topic in cities, and never more so than when a municipal election is on the horizon.

In Calgary, the General Election is only a few short weeks away on October 16 – making this the perfect time for politically-charged satire to go live.

Enter “North Darling,” a videographer, tweeter, reddit-poster, and all around funny-man, who created a video “reporting” on the bike lanes in Calgary.

“It’s like five degrees… no one is going to be using the bloody bike lanes,” he said to start off the video, where he then takes exception to the metres that count bikers, and learns the hard way why pedestrians should stay out of the bike lanes.

Let’s just hope he isn’t reporting on the highway in his next video.