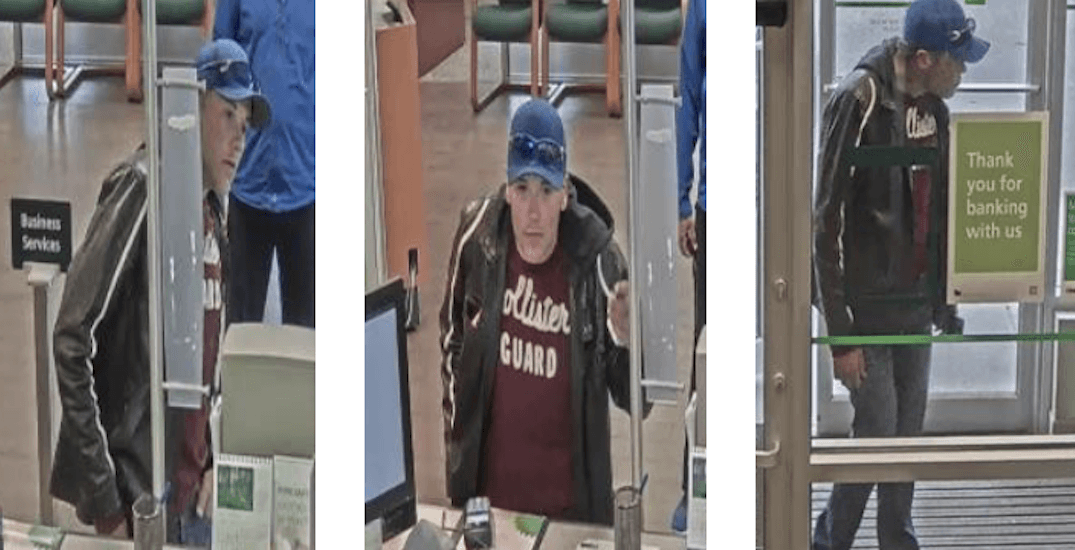 The Calgary Police Service is asking for the public’s assistance in identifying a man who robbed a bank Monday evening.

At roughly 5 pm, a a man entered a TD Canada Trust building wearing a blue baseball hat, a burgundy Hollister shirt, blue jeans, and a dark brown leather jacket, according to a release.

He walked up to a teller and gave her a note claiming that he was in possession of a firearm and that she was being robbed. He then left with an undisclosed amount of money.

“The suspect is described as Caucasian, 26 to 30 years old, 5’9” tall, approximately 200 pounds, with a medium build and pale complexion,” said the release.

The incident took place at the TD Canada Trust on the 5000 block of Dalhousie Drive NW, and photos of the robber were captured on the bank’s security cameras.

Police are asking that anyone with information on the identity of the robber should contact the Calgary Police Service’s non-emergency line at 403-266-1234, anonymously through Crimestopper by calling 1-800-222-8477, or online at calgarycrimestoppers.org.