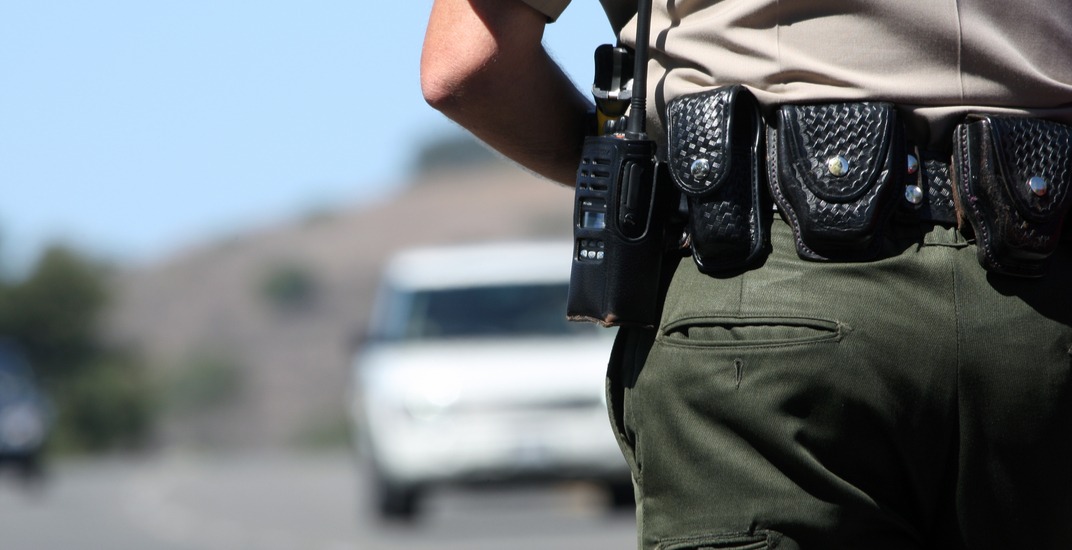 A driver in Sturgeon County was pulled over last Friday for going 101 km per hour… in a 100 km per hour zone.

According to a Facebook post from Larissa Turnbull, her boyfriend was driving behind a cop before deciding to pass him. After finishing the maneuver, the officer pulled over the driver and issued him a ticket for speeding.

“When my bf asked him why he was pulled over the police officer said he was disrespectful to pass him and that if he did it then everyone else would think it’s ok to pass them,” Turnbull wrote in the post.

“I am sorry but I am so sick of cops abusing their so called power of authority! Just because this cops feelings were hurt my bf got a ticket.”

Turnbull posted the ticket onto Facebook, which shows that the officer wrote him up as going 101 km in a 100 km zone. 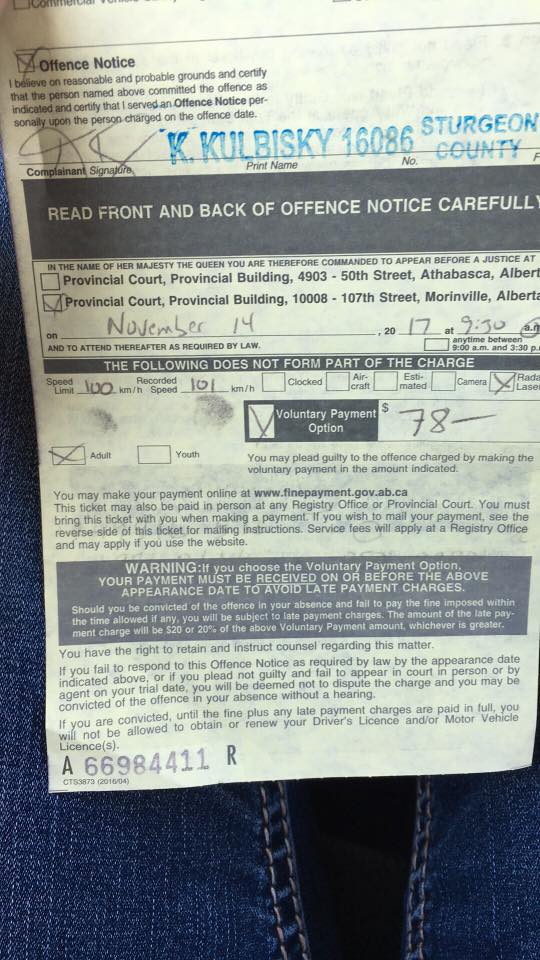 Luckily enough for the driver, the ticket was later rescinded by Sturgeon County in a statement on Monday, reading:

“After reviewing the dash camera video, an Enforcement Services Supervisor has determined that the driver did exceed the speed limit by an estimated 10-15 km per/hour while passing the Peace Officer, who was travelling at the maximum of the posted limit. However, as the driver’s speed was estimated and not measured by radar/laser as indicated on the ticket, Sturgeon County will rescind the ticket.”

That’s a solid $78 back in the pocket of the driver, and Turnbull updated her Facebook post with a thank you, though not necessarily to the police.

“Sturgeon county has rescinded the ticket and my bf will not have to appear in court to fight this or pay the fine” she wrote. “Thank you to everyone who has supported him with this.”

However,  it’s probably still best to keep your pedal off that metal – just in case.