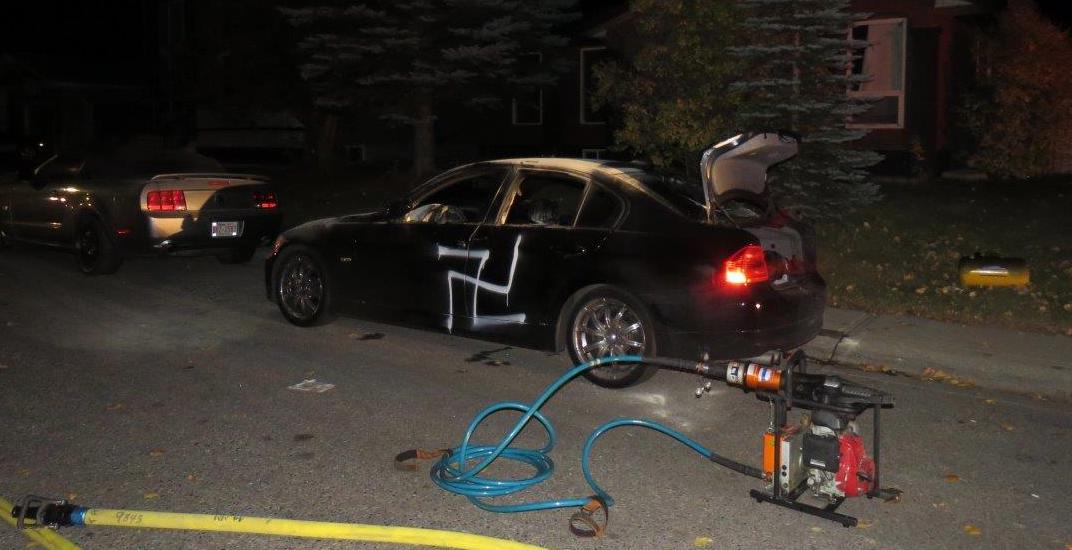 A car was set on fire on the 5000 block of 22nd Avenue NE around 3:30 am, and when crews arrived on scene to douse the flames they found that the 2008 BMW 328i had also been graffitied with racist markings, according to a release.

“White Power” was painted in white on the hood, and police also say they found a swastika and “666” painted onto the sides of the car. 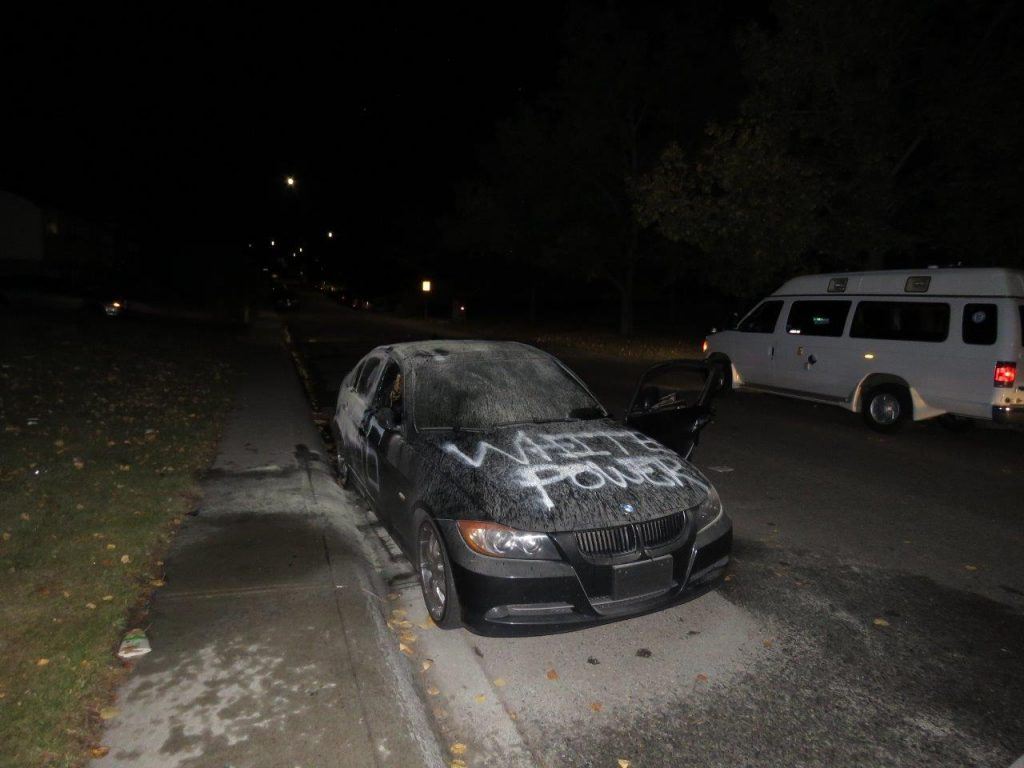 “Investigators are seeking information on a motive and note that this incident is being investigated as a hate crime,” read the release. “As is customary, information about the owner of the car cannot be shared.”

Police are asking that anyone with information on this incident should contact the Calgary Police Service’s non-emergency line at 403-266-1234, anonymously through Crimestopper by calling 1-800-222-8477, or online at calgarycrimestoppers.org.