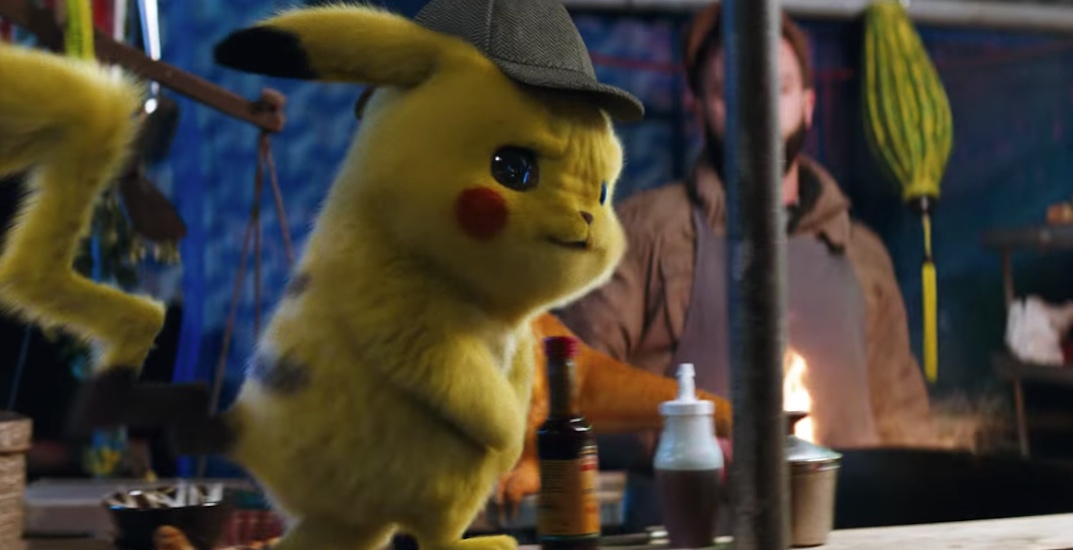 You never knew you wanted to see Ryan Reynolds as Pikachu… until today.

The first trailer of the first-ever live-action Pokémon movie, Pokémon: Detective Pikachu, has made its debut, and it features the voice of the Vancouver-born actor as a talking Pikachu.

But don’t expect this to be an adventure with Ash Ketchum and friends, as the characters in this movie are based on Detective Pikachu – a 2016 video game released in Japan that features a boy named Tim Goodman, who is able to understand Pikachu and pairs up with him to solve mysteries.

Goodman is played by Justice Smith, who recently appeared in Jurassic World: Fallen Kingdom. To his bewilderment, he is the only person who is able to understand Pikachu talk, while others can only hear Pikachu’s ‘Pika Pika’ screams.

I think we all knew I’d wind up as a miniature detective repeatedly saying the same two words. Just didn’t think it’d be this soon. #PikaPika #DetectivePikachu pic.twitter.com/L4iB760fJO

“The story begins when ace private eye Harry Goodman goes mysteriously missing, prompting his 21-year-old son Tim to find out what happened. Aiding in the investigation is Harry’s former Pokémon partner, Detective Pikachu: a hilariously wise-cracking, adorable super-sleuth who is a puzzlement even to himself,” reads Warner Bros. Pictures’ description of the movie, which is a partnership with Legendary Pictures and The Pokémon Company.

“Finding that they are uniquely equipped to communicate with one another, Tim and Pikachu join forces on a thrilling adventure to unravel the tangled mystery. Chasing clues together through the neon-lit streets of Ryme City—a sprawling, modern metropolis where humans and Pokémon live side by side in a hyper-realistic live-action world—they encounter a diverse cast of Pokémon characters and uncover a shocking plot that could destroy this peaceful co-existence and threaten the whole Pokémon universe.”