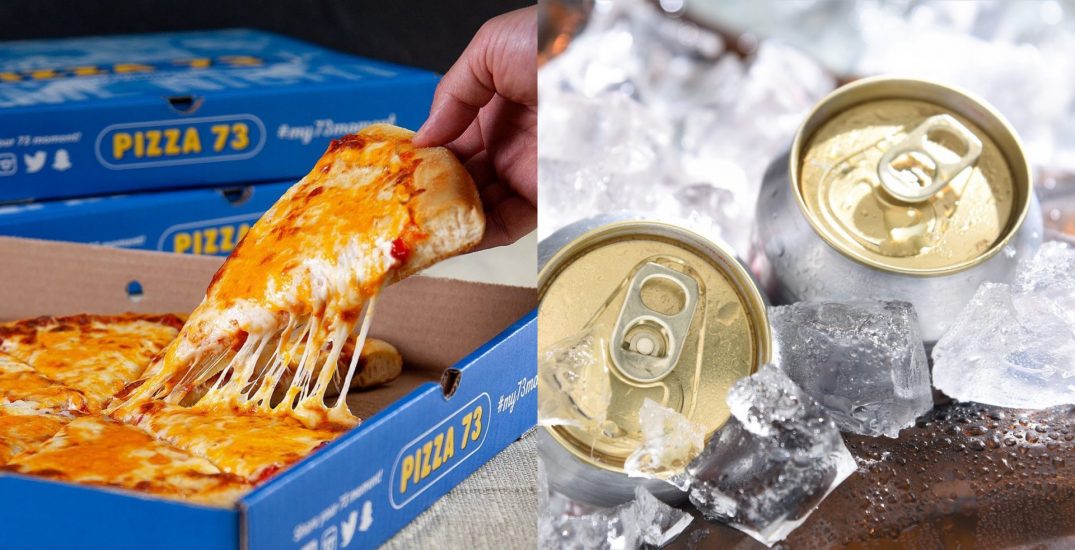 Name a better combo than beer and pizza. We’ll wait.

There might be a few, but a cold brew and a slice of cheesy pie are definitely near the top of the list.

Pizza 73 recognized this, and the company has announced that it will have beer as a beverage offering at over 40 locations throughout Alberta.

August 23 marked the initial launch of beer at 23 Pizza 73 locations in Alberta, with more sites to follow this fall. The chain has plans to license most of its restaurants across Western Canada by summer 2022, according to a press release.

Customers at the select locations will have the opportunity to purchase beer for takeout or for delivery with any food purchase.

And as if that’s not exciting enough, in celebration of the launch at Pizza 73, an exclusive limited-edition large pizza box featuring six pop-out drink coasters is now available at some locations in Alberta. There’s a limited supply though, so you’re going to want to jump on this quick. 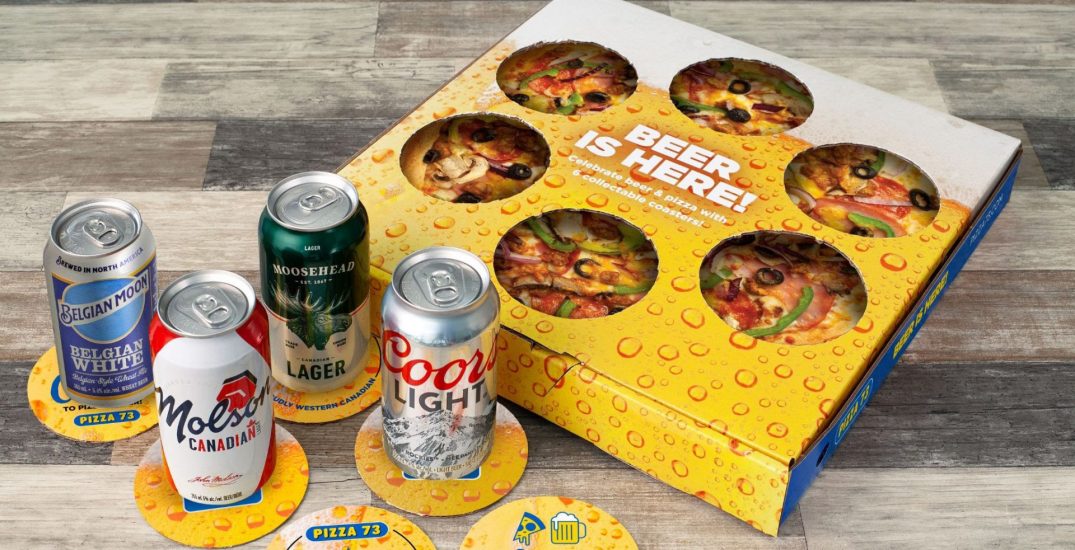 Pizza 73 is known for adding new and innovative offerings to their menu, including Gluten Free pizza and chicken options, Dairy Free Cheeze, and Cauliflower Crust, along with chicken wings, which were unique to the pizza industry when the restaurant put them to its menu in the early ’90s.

For more information about Pizza 73’s beer launch, or to place your order, visit pizza73.com.