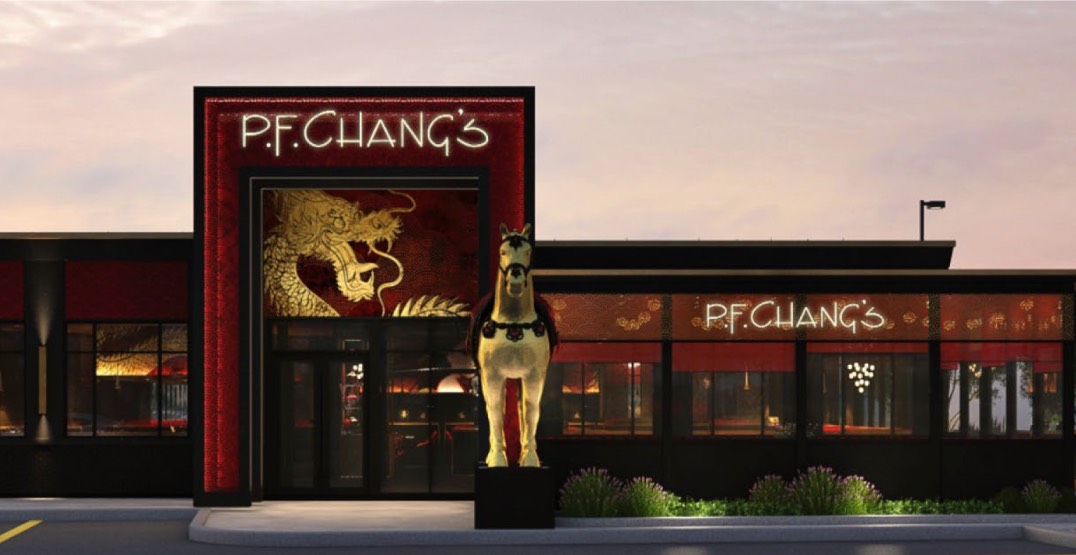 One of the biggest global restaurant chains is officially coming to Alberta.

Coming soon in early 2022, the popular Asian-themed restaurant P.F. Chang’s will be opening its first Alberta location in Edmonton.

The new location will be located in the shopping and retail district Winds of Windermere at 6303 Currents Drive NW.

This will be just the third P.F. Chang’s location to arrive in Canada, with the other two located in Winnipeg and Montreal.

Today, there are more than 300+ P.F. Chang’s locations across the globe in 25 different countries.

At a whopping 6,000 sq ft, this new outpost will feature an enclosed patio area and be decorated with iconic murals, dynamic design elements, and stunning statues, like the large golden horse that will greet the guests.

Well-known for the exciting style of wok-cooking method they use, some of the most popular made-from-scratch dishes the residents of Edmonton can look forward to trying are the Chang’s Spicy Chicken, Mongolian Beef, Chang’s Lettuce Wraps, Sushi, and so much more.

This new location of P.F. Chang’s will be a major draw for the Winds of Windermere, one of the fastest-growing shopping and retail districts in Alberta.

P.F. Chang’s will be a major addition to the 90+ retailers that are making this vibrant Edmonton community such an exciting area.

“We are thrilled that they have chosen our development for their first location in Alberta and we know that this will be a one-of-a-kind culinary experience that will attract visitors not only from our city but our entire province,” said Tony Prsa, vice president of Alberta for Harvard Developments, in a release.

An official opening date has not been set, but stay tuned for more updates on this incredibly exciting news for the Edmonton dining scene.