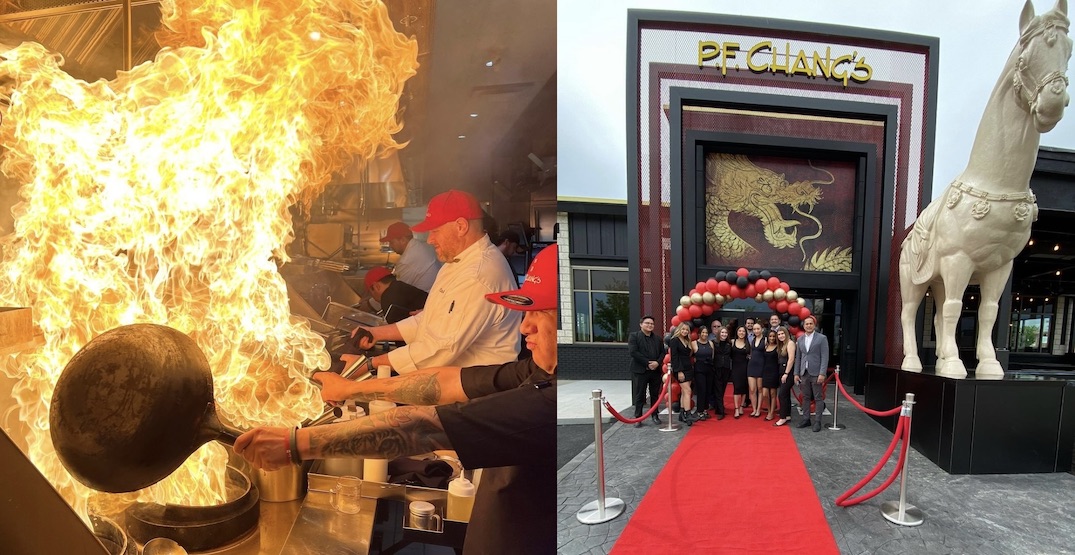 The long-awaited P.F. Chang’s has finally announced it is softly open for its sneak peek weekend.

First set to open in early 2022, the popular Asian-themed restaurant P.F. Chang’s announced it would open its first Alberta location in Edmonton.

This will be just the third P.F. Chang’s location to arrive in Canada, with the other two located in Winnipeg and Montreal.

The new location is located in the shopping and retail district Currents of Windermere at 6303 Currents Drive NW.

Today, there are more than 300+ P.F. Chang’s locations across the globe in 25 different countries.

At a whopping 6,000 sq ft, this new outpost will feature an enclosed patio area and be decorated with iconic murals, dynamic design elements, and stunning statues, like the large golden horse that will greet the guests.

Well-known for the exciting style of the wok-cooking method, some of the most popular made-from-scratch dishes the residents of Edmonton can look forward to trying are Chang’s Spicy Chicken, Mongolian Beef, Chang’s Lettuce Wraps, Sushi, and so much more.

This new P.F. Chang’s will be a major draw for the Winds of Windermere, one of Alberta’s fastest-growing shopping and retail districts.

With files from Hanna McLean and Hogan Short