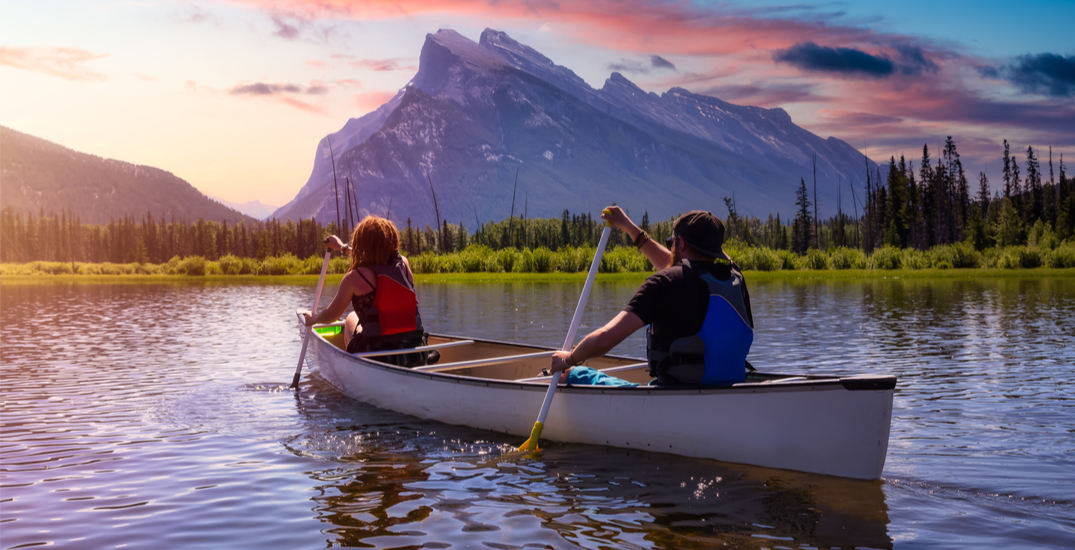 Those who want to canoe, paddleboard, fish, or take part in other recreational activities on or in Banff waters now need a permit.

This week, Parks Canada implemented a new procedure in an effort to prevent the spread of harmful aquatic invasive species, including invasive mussels and whirling disease, in Banff National Park.

Residents and visitors in Banff require a self-certification permit to launch non-motorized watercraft, including canoes, kayaks, inflatables, paddleboards, and other water-related gear, in all of the Park’s waters.

The use of self-certification permits is also required in Yoho and Kootenay National Parks.

Permits can be found on Parks Canada’s website and at select visitor centres, campsites, trailheads, and boat launch locations. They need to be carried with you while out on the water.

The passes are free, but will need to be renewed each time you head out.

According to Parks Canada’s website, individuals are asked to make sure that non-motorized watercraft and water recreational gear meet the conditions listed on the self-certification form before using these items.

Also, users need to clean all mud, sand, and plant and animal materials from their watercraft and gear, and drain coolers, buckets, compartments, and other items that may hold water.

Once these conditions are met, visitors and residents must date, sign, and note the waterbody name on the permit. This portion of the pass must be carried with you. Users must also complete the survey at the bottom of the permit, tear it off, and place it in a dropbox at a self-certification station.

There is only one waterbody in Banff where boats with gas or electric motors are allowed, and those wanting to take their motorized vessel out on Lake Minnewanka must have proof of a provincial or Parks Canada watercraft inspection before launching.

Proof of inspection for motorized boats can be obtained at the Parks Canada watercraft inspection station on Lake Minnewanka Road, six kilometres from the Banff townsite. Users can also call 1-855-336-2628 (BOAT) to find other provincial inspection station locations.

The full list of watercraft and gear that require a permit in Banff, Kootenay, and Yoho National Parks is as follows.

The Parks Canada website states that fines of up to $25,000 could be issued to those failing to comply with National Parks regulations.