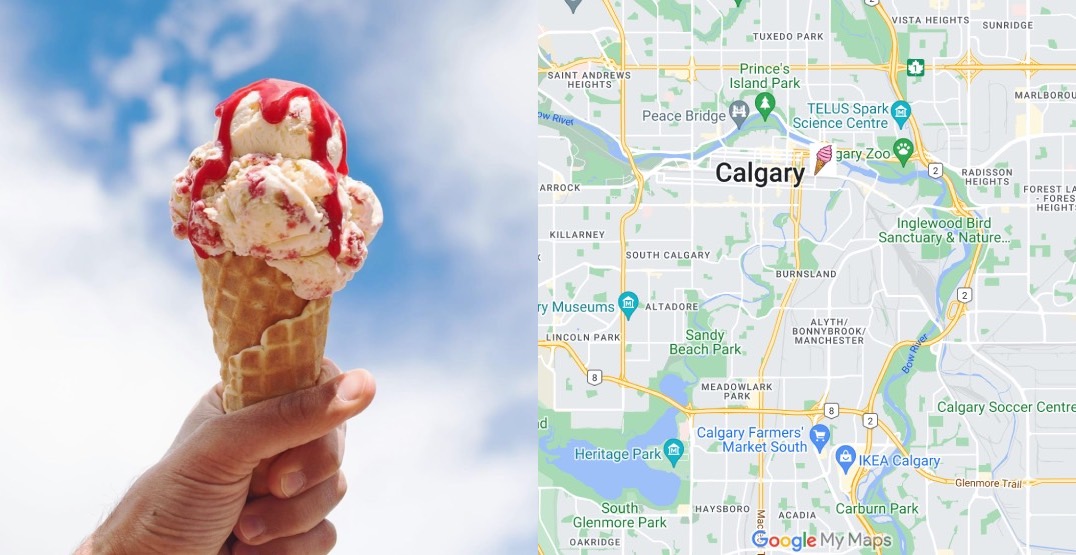 Google has revealed a few of the highest-rated ice cream spots across Canada ahead of National Ice Cream Day.

Only one Alberta ice cream spot made the national top ten list for Alberta, and it’s right here in Calgary: Parlour Ice Cream.

It ranked 5th in the country for most popular searches.

That makes it the top searched dessert!

Parlour Ice Cream is a handcrafted premium ice cream shop that uses fresh, locally sourced ingredients. There is also a location in Kelowna at 1571 Abbott Street.

A few of the staple ice cream flavours you can try here include whiskey hazelnut, cookies & cream, and birthday cake. There are also always about 10 rotating flavours that use local, fresh and in-season ingredients.

There is also pistachio ice cream, which should be a popular choice because it was the most searched type of ice cream by Albertans.

On the top 10 most searched ice cream spots across Canada on Google Maps, six are in Ontario, two are in BC, and one is in Quebec.

Some other interesting findings Google found was that “how to make ice cream” was the most searched question, and there was nearly an 80% increase in searches for “vegan ice cream” this year.

Summer is finally here and this is a great spot to be aware of for Calgarians looking for a sweet way to cool off.