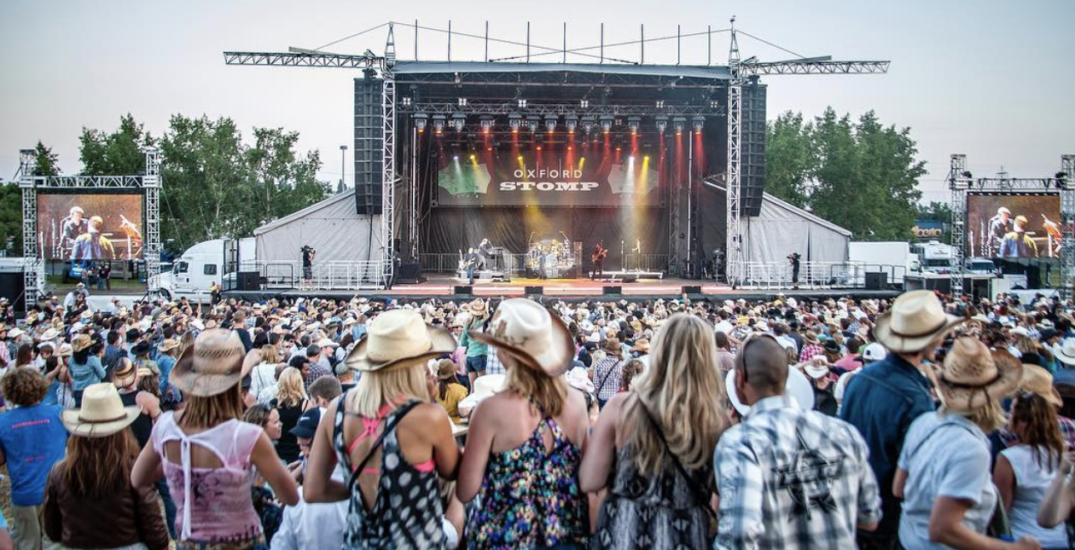 One of Calgary’s longest-running corporate Stampede music festivals, Oxford Stomp, has announced that it will be returning in 2022 after a two-year hiatus due to the pandemic.

Tickets for the music festival go on sale Friday, May 13, at 10 am through Ticketmaster.

Die-hard fans can even get tickets to the Ultra VIP Lounge for $269, which comes with eight pre-paid drink tickets, dinner and snacks, and an exclusive VIP side stage area with unobstructed views, among other perks.

And if you’re a really big live music lover? You can purchase a package to attend both Oxford Stomp and the Roundup Music Festival, happening earlier that week, for $220.

Roundup features The Offspring, Young the Giant, Said the Whale, and The Strumbellas, and takes place on July 13 at Shaw Millennium Park.

After Oxford Stomp, you can keep the Stampede celebrations going during the official afterparty at Wildhorse Saloon – those who attended the music festival get in for free!

A portion of proceeds raised at Oxford Stomp will be donated to the Calgary Military Family Resource Centre.

When: Friday, July 15
Where: Shaw Millennium Park
Tickets: Starting at $120; available beginning May 13 at 10 am