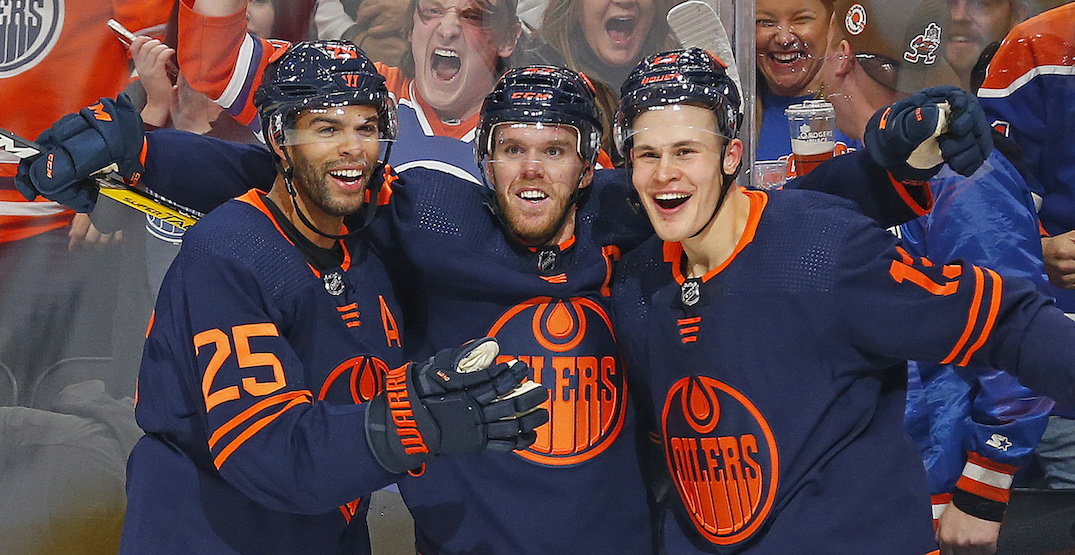 The Edmonton Oilers are worth almost double the Calgary Flames, according to Forbes.

But the pair did not grow equally.

The Oilers valuation saw the biggest increase among the 32 franchises, doubling in value from $550 million a year ago to $1.1 billion this December. The Flames saw a more modest increase, rising from $480 million to $680 million year-over-year.

Prior estimates, Forbes believes, were suggested for Edmonton being improperly evaluated in past years. They verified the Oilers ranks in the top quartile in the NHL in top revenue categories.

Overall, Edmonton rose from the 14th-most valuable franchise to seventh. Calgary saw a more modest jump, moving from 20th to 18th on the list.

The Flames should close the gap considerably in the coming years. They’re slated to move into a new events centre to replace the Saddledome to start the 2024-25 season.

Both Edmonton and Calgary saw a 4% drop in valuations in 2020.

In all, the Oilers, owned by Daryl Katz, has seen a 147% increase in value over the past five years. The Flames, owned by N. Murray Edwards, has seen an increase of 66% over the same time period.

There are a few reasons for the increase, according to Forbes.

The seven-year US media deals with ESPN and Turner began this season, and will play an average of $625 million per year. The NHL was previously netting $300 million on its previous contract with NBC (TV) and ESPN (streaming). Multiple new arenas were also cited.

The New York Rangers, who climbed 21% since last year to become the first NHL team worth $2 billion, claim the No. 1 spot on the list for the seventh straight year. The Toronto Maple Leafs, ranked second, are Canada’s most valued franchise at $1.8 billion. The Montreal Canadiens are third at $1.6 billion.

In all, the average NHL franchise is worth $865 million.