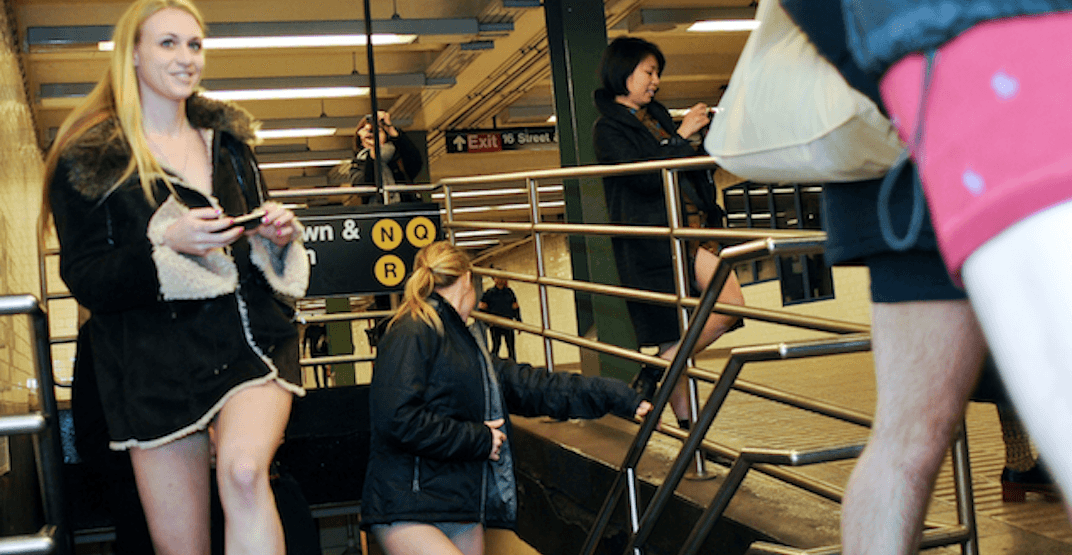 If riding the C-Train without any pants on is a recurring nightmare that your mind simply won’t shake, you’ve finally got a chance for some immersion therapy.

A No Pants C-Train ride is planned for January 7 as part of the global No Pants Subway Ride – an annual event held by Improv Everywhere that has seen pants-less tushes on public transit for 17 years and counting.

The no pants rides started out as a harmless prank in New York City, and has since spread across the world, with dozens of cities participating every winter.

The idea is that everyone simply rides the subway/C-Train as if nothing were amiss, fully garbed in regular winter wear… with the exception of pants.

An exception that may be well-missed in Calgary, as temperatures this past week have taken a turn, feeling as low as -42°C.

Even so, the Facebook event organizing the ride already has over 150 people interested in baring their legs this Sunday in the name of sheer ridiculousness, and they’d be happy to have you along for the ride.

Where: Meet at the Palomino Smokehouse – 109 7th Avenue SW

Admission: The cost of transit fare