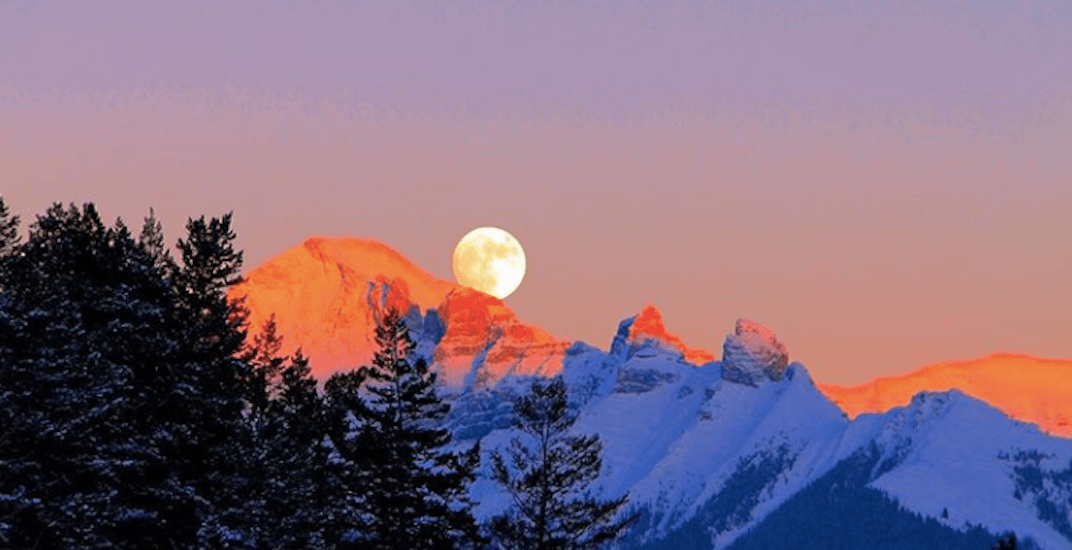 It’s a bird? It’s a plane? No, it’s just a giant space rock floating a little closer to home than usual.

Calgary was lucky enough to get a view of the Wolf Moon that appeared in our skies last night, when the moon came a tad closer to Earth;  356,565 kilometres away, to be exact.

Given that the moon is about 382,900 km away on average, a Wolf Moon appears 30% brighter and 14% larger than your regular (and boring) full moon.

The Wolf Moon takes its name from the howling of wolves at the first full moon of the year – though if Calgary’s wolves were huddling up somewhere warm last night instead, we really don’t blame them.

If you happened to miss checking out the Wolf Moon last night, we’ve got you covered.

Enjoyed driving back from Calgary tonight and watching an ENORMOUS (pic doesn’t do it justice) moon rise as the sun sank, all while listening to @AndinoSuns get interviewed on the national @cbcradio ”Bridges” program.

The moon over Calgary’s downtown core on one of the coldest New Years eves I can ever remember. Goodbye 2017. Thanks for the memories! #sidestreettraveltips #sidestreetadventures #2017 #cold #yyc #calgary #thecore #downtown #dusk #moon #sky #aura #lands… https://t.co/omiMiP5mpy pic.twitter.com/3ShbHq4vFL

Biggest and baddest Moon of 2018 (taken from my office, sigh) #yyc #supermoon pic.twitter.com/rRiPUlbDHX