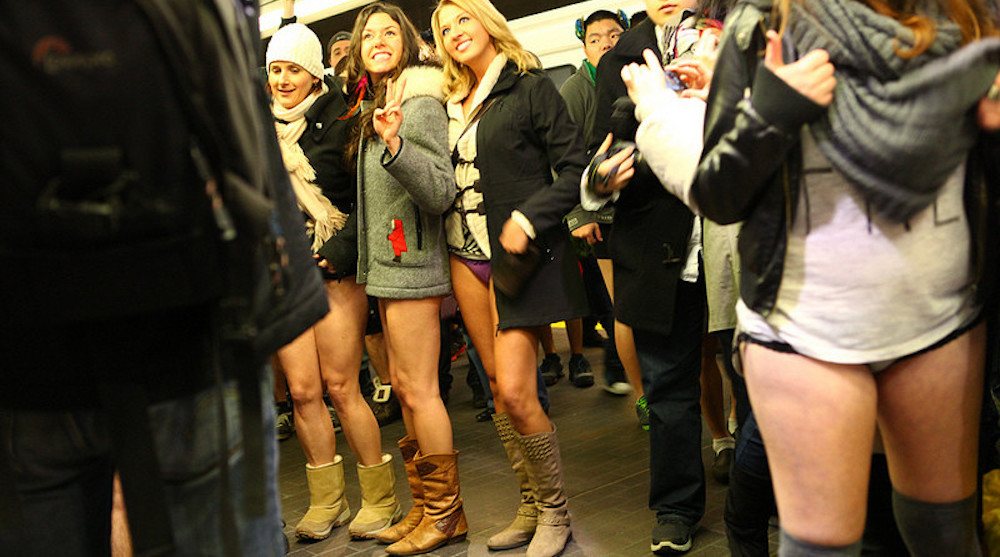 Who needs pants? If you think they’re overrated then join forces with like-minded Calgarians on Sunday, January 8 for the annual Calgary’s No Pants C-Train Ride.

Step outside your comfort zone and join this event to redefine the concept of traveling via transit. The no pants party is part of an annual global event started by Improv Everywhere in New York. The group describes itself as a prank collective that causes scenes of chaos and joy in public places, and has organized more than 100 events.

Few things to remember if you take the challenge:

Calgarians are encouraged to follow the movement that’s made a mark in other Canadian cities, including Vancouver, which attracted hundreds of participants last year. The event will occur rain, snow, or shine and begins at 3:30 p.m. (meet at 2 p.m.) at the Palomino Smokehouse and Social Club located at 109 7th Avenue SW.

When: Sunday, January 8 at 2 pm
Where: The Palomino Smokehouse and Social Club – 109 7th Avenue SW