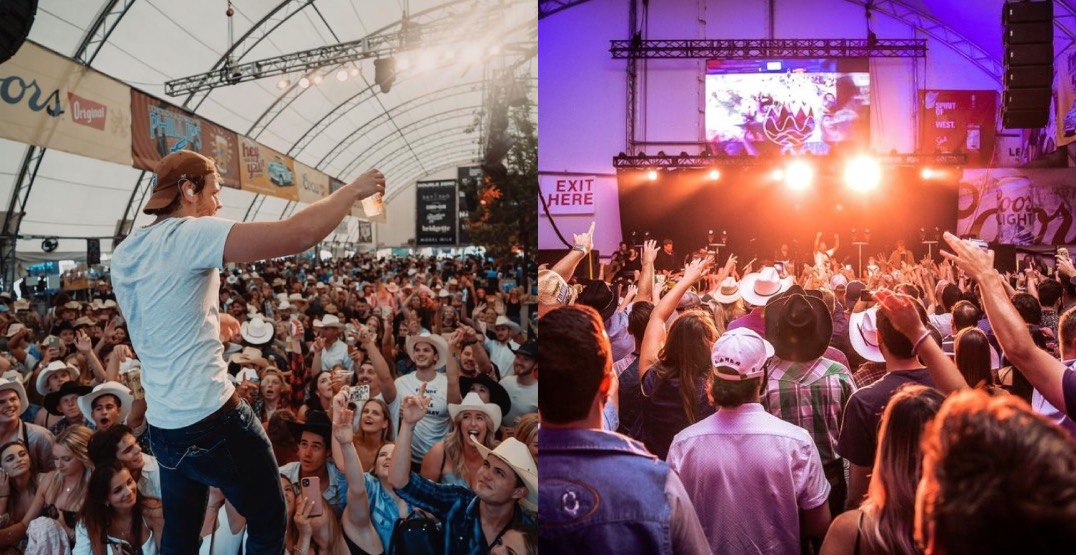 The National Saloon is an all-new tent that was just announced for this year’s Calgary Stampede.

From the team at Concorde Entertainment Group, this exciting tent will be ideally located behind the 10th Avenue National location.

Every National bar is known for live entertainment, fantastic food, and good times, and Calgarians can expect the same thing at the National Saloon.

This isn’t the first Stampede tent that Concorde has brought to YYC.

The team also owns and operates Wildhorse Saloon, one of the most popular spots to dance, drink, and party during the festival in July.

“We’re extremely excited and proud about opening this new tent,” said Natalie Alexandre, Director of Events, in a press release.

“Wildhorse is such an important venue during Stampede, and we can’t wait to branch off into a new and different venture with a brand that Calgarians already know and love.”

What’s most amazing about this new tent?

Including the beer garden and tent, the capacity will be over 2,000 people!

Two live shows have already been announced for this year and tickets are already on sale.

More shows will be announced, so stay tuned for all updates and announcements.

Something cowboy is coming. Don’t miss out and grab your tickets today!