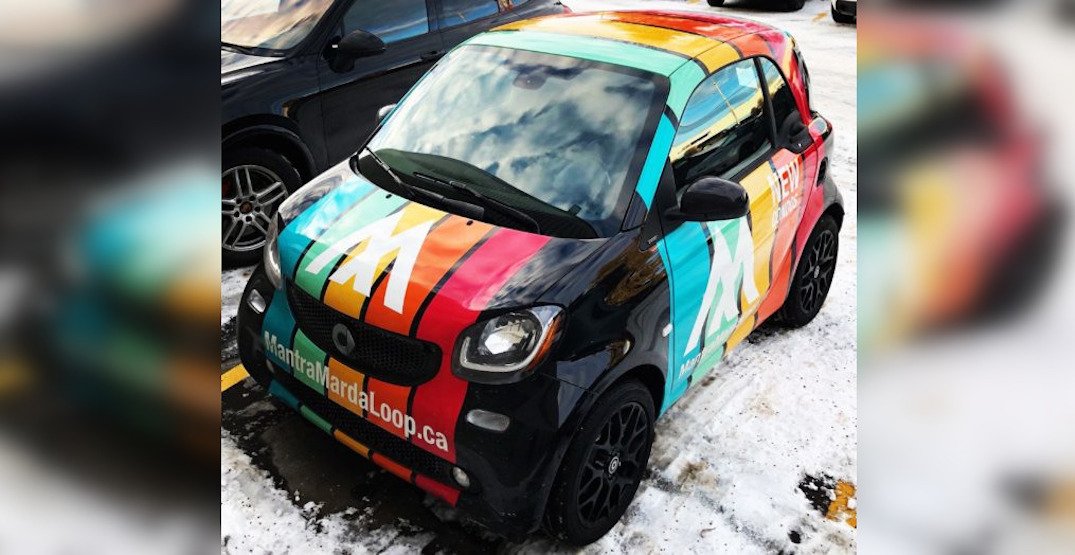 The colourful little Smart Car that went missing from Marda Loop’s Mantra building has been returned safe and sound.

The new, four-storey condo building on the corner of 21st Street SW and 35th Street SW had been offering access to the Smart Car as an incentive to tenants, and the vehicle had been decked out with a colourful decal advertising the building.

According to a release from Mantra, the vehicle was stolen over Victoria Day Long Weekend.

“While we respect the thieves’ concern for the environment, we want our electric Smart Car back as it is a community car for all the residents at Mantra,” said Calvin Buss, president of Buss Marketing, who is in charge of sales for Mantra, in an earlier release.

“We received a tip from an undisclosed caller on Friday, telling us that our Smart Car was spotted near the old Children’s Hospital on 20th Avenue SW,” says Zee Zebian, director of sales and marketing for the Mantra project, in a Tuesday release.

“After contacting the Police and then a tow truck, our Mantra Car was returned with relatively little damage. We’d like to thank the City of Calgary Police Department and the media for helping us when our Mantra went missing.”

The company is currently reviewing security camera footage in the hopes of identifying the person(s) responsible for stealing the colourful little car. 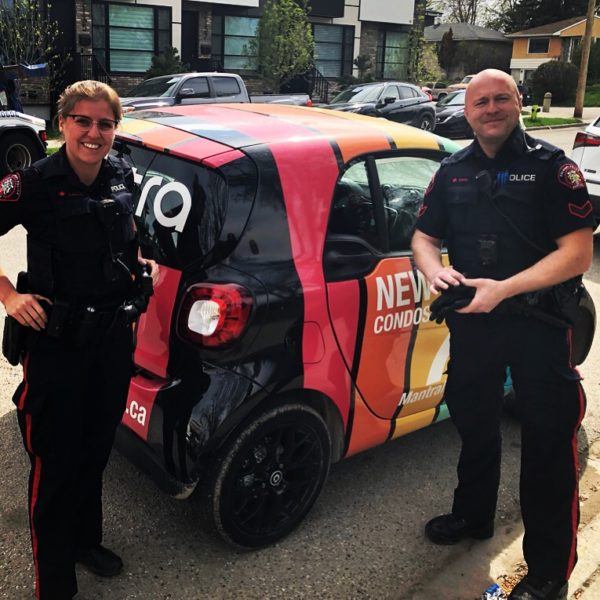