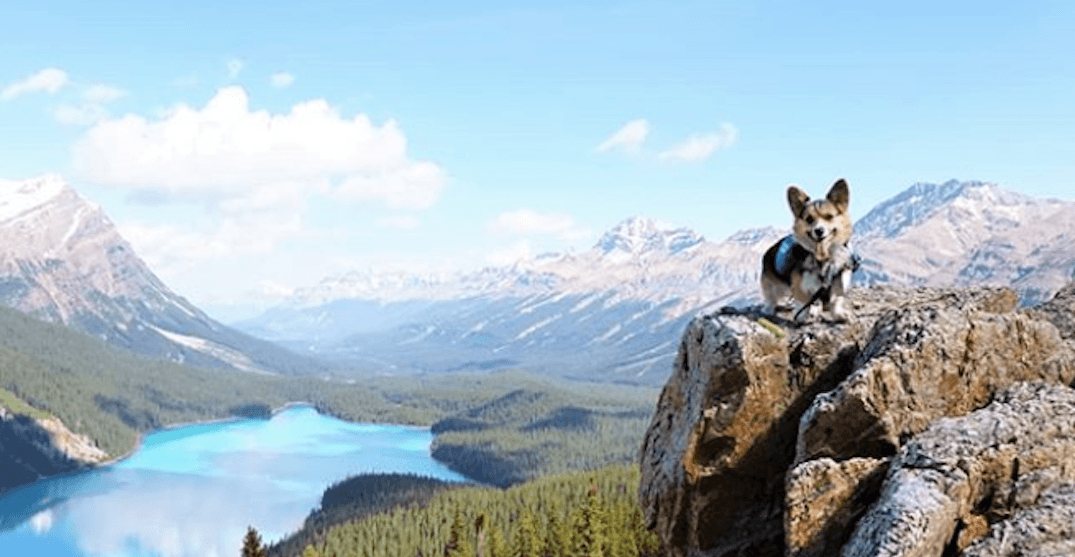 Ain’t no mountain tall enough for this little corgi.

Lilo, a two-year-old corgi from Calgary, has already been on some adventures that put the rest of our Instagram posts to shame.

You may remember Lilo from our last corgi-centred article (she was the one dressed as a pineapple), and her owners have since given her the honorary title of “Calgary’s Tropical Corgi.” 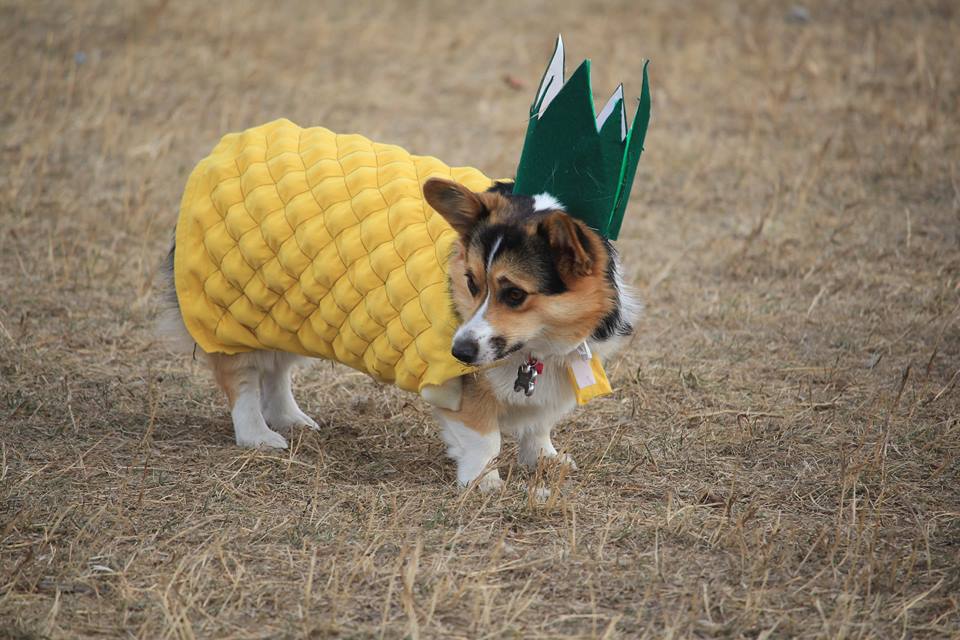 The athletic pup has been on some wild adventures this summer, most recently on a trip out to Crypt Lake in Waterton Lakes National Park.

Lilo’s owner, Aiko Dolatre, sent us some photos of the trip and answered a few questions about what it’s like taking such a short-legged pup on some of Alberta’s most beautiful hikes.

“She has been on a couple of hiking trips with other bigger dogs and she has always been able to keep up with them. She’s very confident and she’s even a much better hiker than myself,” said Dolatre in an email to Daily Hive.

“Her short legs don’t really pose a problem for us, other than she gets muddy quicker than other dogs — in these cases, she looks like she’s wearing dirty socks and her belly gets the brunt of it.”

Lilo can usually make it the entire way through any given hike, says Dolatre, though her small size does come in handy if she ever needs to be carried through any really rough parts of a trail.

“We really only have to carry her on difficult sections of a hike, such as the ladder, tunnel, and chain grab sections at the Crypt Lake hike,” Dolatre said.

“Jumping up is not too much of a problem as her short legs can jump pretty high. However, she needs assistance in jumping down as it is not good for her stumpy legs.”

Some of Lilo’s favourite hiking trails include those in Kananaskis Country, Peter Lougheed Provincial Park, and Waterton Lakes National Park, though she most enjoys the dog parks around Calgary.

“Lilo’s favourite spots are found within Calgary at dog parks that allow her to be off leash so she can freely catch a frisbee and go swimming like Bowmont Park. Our hiking trips are definite great bonding moments, but she’s really herself when she’s off leash and we can typically only do that at dog parks,” said Dolatre.

“And of course, home — because home is where the food is.”