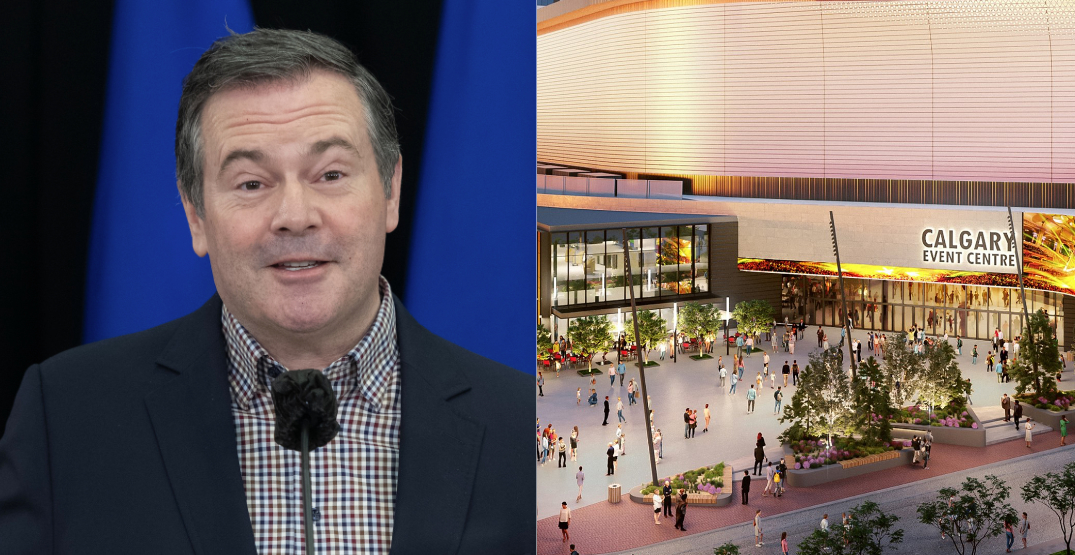 Add Alberta premier Jason Kenney to the list of those not thrilled about Calgary’s arena deal being terminated.

Speaking during a provincial news conference on Tuesday, Kenney said he was disappointed to see a deal between the City of Calgary and Calgary Sports and Entertainment Corporation (CSEC) evaporate after the passing of a New Year’s Eve deadline.

And he wasn’t shy on where to place the blame.

“I’m very disappointed that the City of Calgary decided to change the deal at the last minute when construction was ready to proceed,” Kenney said, according to CTV.

“This is something (that) had been subject to negotiations for years, and I understand the owner’s group pointed out that we’re facing pretty significant construction inflation. The city’s response to that (was) to add even more costs and more delays. So I think that’s really regrettable.”

Neither CSEC — the parent company of the Calgary Flames — nor the City of Calgary waived construction conditions on the Project Framework Agreement prior to December 31, terminating the project.

“We have always believed that Calgary needs a new event centre,” John Bean, President and CEO of Calgary Sports and Entertainment Corporation, said in a statement released Tuesday. “However, under the current circumstances, we do not see a path forward that would create a viable partnership with the city, which is essential for a new event centre to become a reality.”

The termination of the agreement was expected after Calgary Mayor Jyoti Gondek took to Twitter to announce that Flames owner, Murray Edwards, informed her of “the Flames intention to pull the plug on the Event Centre deal,” on December 21.

When the project agreements were first executed in December 2019, the City of Calgary and CSEC agreed to a cost-sharing arrangement of 50/50 with respect to the design and construction of the new Event Centre, according to the statement.

The agreement was reworked in July 2021, and CSEC agreed to fund a larger share ($321 million to the City’s $287.5 million) and accepted the risk of reasonable future design and construction cost increases related to the Event Centre in exchange for greater control of the project.

Recent estimates place the total cost of the Event Centre at $634 million, which would result in CSEC being responsible for an additional $25.5 million.

Neither CSEC nor the City could come to an agreement on the extra funding, resulting in the collapse of the project.

Kenney said he had been using the development of an events centre in meetings to promote investment in Alberta.

“One of the aspects that I featured in that selling pitch was all of the great new amenities being built here, the modernization of the Glenbow Museum in which we are investing, the upgrades to Arts Commons as well as, of course, the events centre.

“I do think that’s part of the broader package to help get Calgary’s mojo back.

“I just hope that they can reconsider and get shovels in the ground as soon as possible.”